Great game, rules were Iron Cross, with ammendments, put a little bit of history about the Italian army as it always seems
to get knocked, were they really that bad ?

more photos of the game at --- http://www.victorian-steel.com/

During General Erwin Rommel's First Desert Offensive, it was the Ariete Armoured Division and 8th Bersaglieri Regiment
who formed the vanguard of the Afrika Korps, obtaining Rommel's first victory in North Africa with the capture of Mechili
and 3,000 British Commonwealth troops on 8 April 1941. It was also the units of the Ariete, Trieste, Bologna, Brescia, Pavia
and Trento Divisions that actually manned the actual seige lines around Tobruk, capturing 14 strongpoints along with 400
Australian soldiers in the night-fighting of 1 May and 16 May that seriously dented Australian morale, forcing General Leslie
Morshead to accept defeat and have his division (suffering from PTSD and self-inflcted wounds) shipped out early
(starting August) in 1941 to Syria. 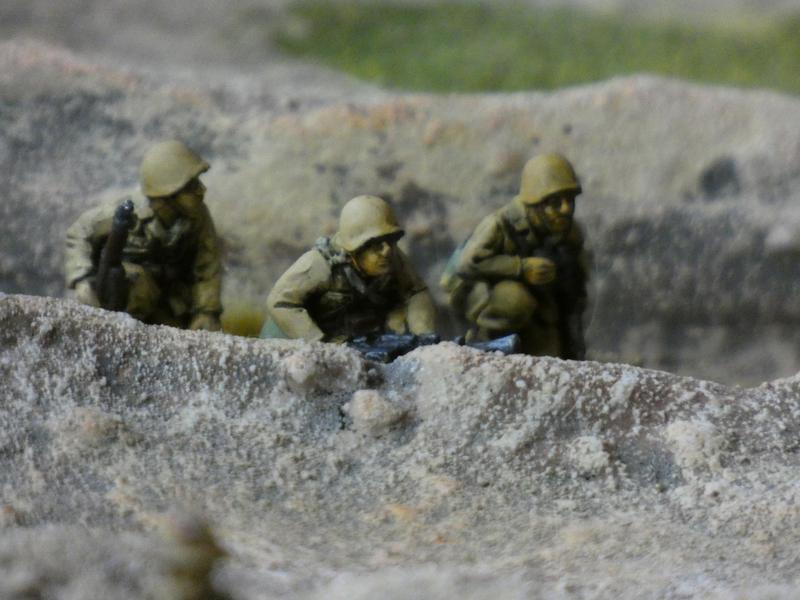 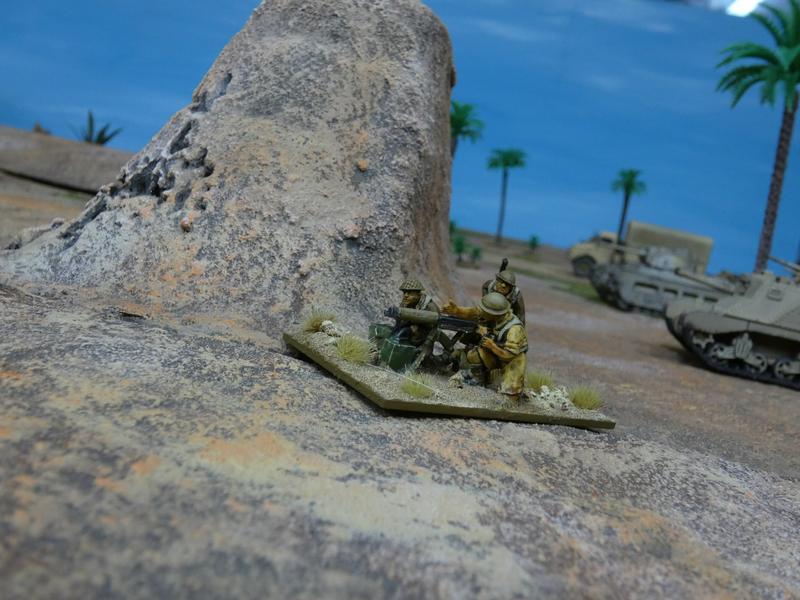 During Operations Brevity and Battleaxe in the summer of 1941, Italian soldiers under the command of fine officers
(Colonel Ugo Montemurro and Major Leopoldo Pardi) stood and fought tanks with anti-tank guns, giving and taking losses
and blunting the British armoured offensives. 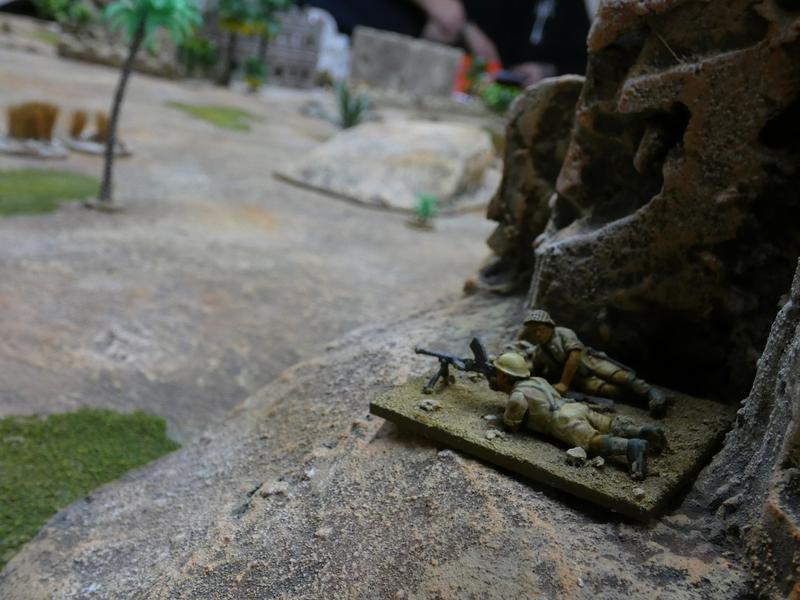 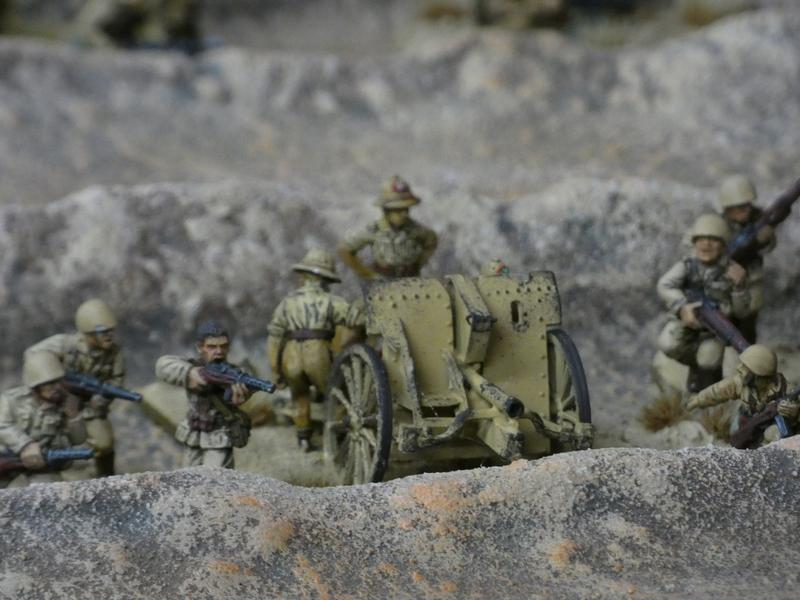 It was also the Ariete who defeated the British 7th "Desert Rats" Armoured Division at Bir el Gub, knocking out 40 Crusader
tanks and derailing Operation Crusader. 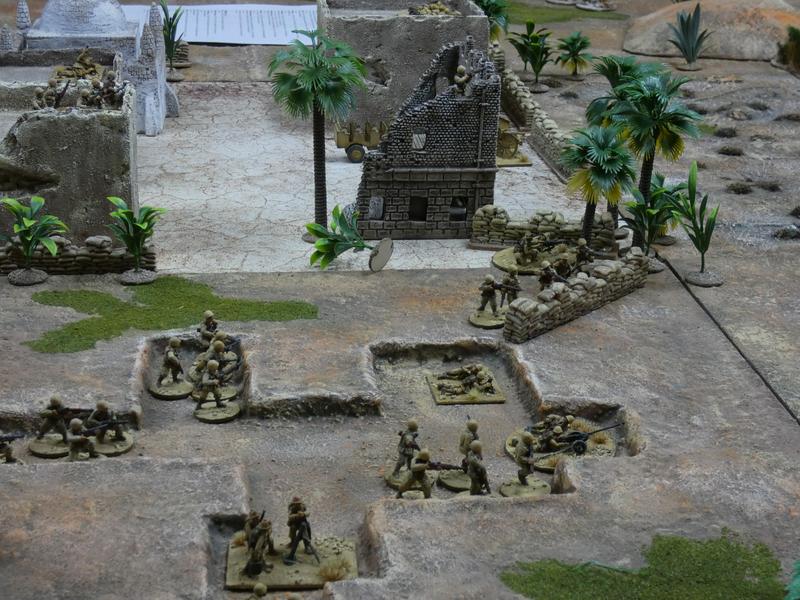 And it was Ariete who ploughed through the British-officered 3rd Indian Brigade, during Operation Venezia on 27 May 1942.
While Rommel's panzers were pinned down nearby in the fighting for Tobruk, the Trieste breached a dense British minefield,
all the while being bombarded by British artillery and aircraft, and saved the entire Afrika Korps from complete capitulation. 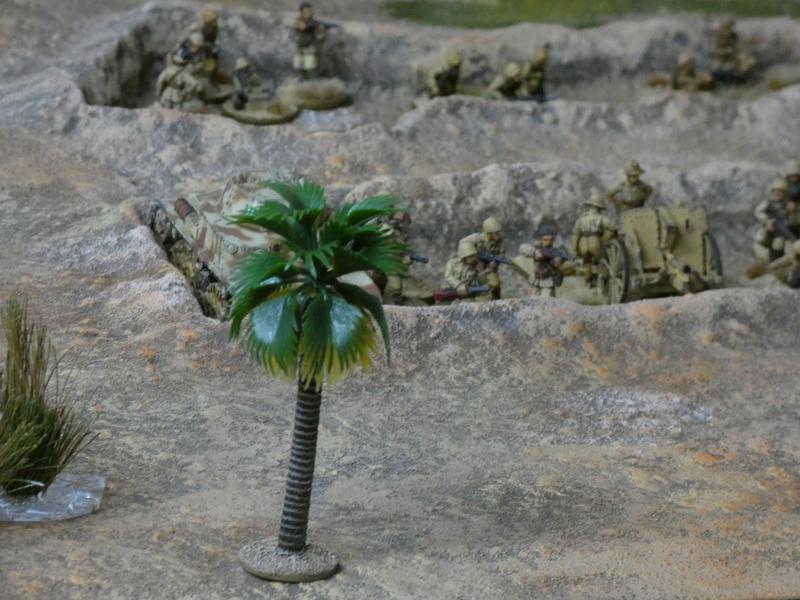 The capture of the Mersa Matruh fortress in late June 1942 is often credited to the German 90th Light Division but the real
damage was in fact done by the gunners of the Italian Brescia and Trento, who stuck to their guns despite the fierce British
air attacks, and the Littorio Armoured Division who along with the 7th, 9th and 12th Bersaglieri Regiments overran 1,000
Gurkhas regrouping outside Mersa Matruh before surrounding and penetrating the British fortress, capturing another
6,500 POWs at bayonet point. The Bersaglieri, soon after shepherded into captivity another 1,000 demoralized New Zealander
soldiers who had lost their way during the fighting. 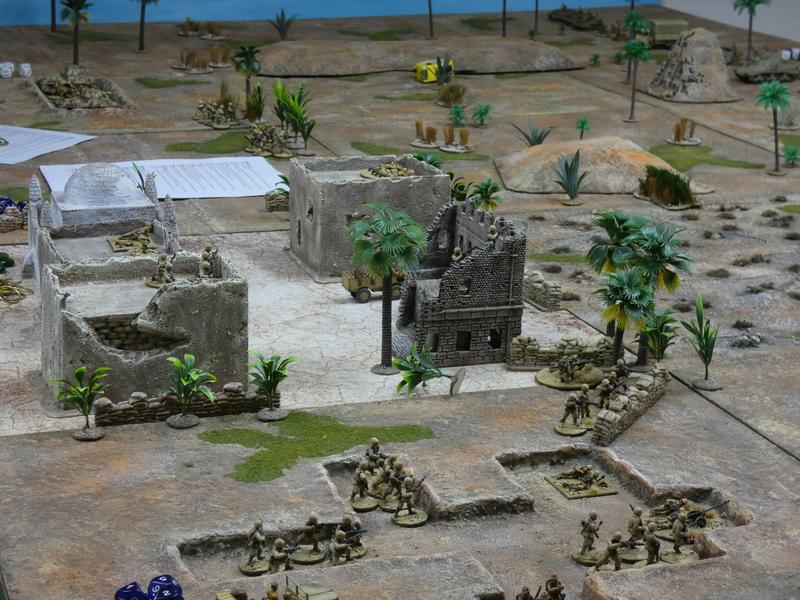 The main defences of the El Alamein front were formed by the Bologna, Pavia, Trieste, Trento, Sabratha and the Folgore
Airborne Division backed up by the Ariete and Littorio Armoured Divisions and Bersaglieri Corps. As noted in "A Pint of
Water Per Man" by US War Correspondent Harry Zinder from TIME magazine, it was the Italians who stubbornly manned
the anti-tank guns during the Second Battle of El Alamein (destroying 70 British tanks from Brigadier John Cecil Currie's
9th Armoured Brigade at Tel el Aqqaqir) and it was the Italians who were betrayed in the final battle, with Rommel ordering
the commandeering of trucks under gunpoint to evacuate the German forces. 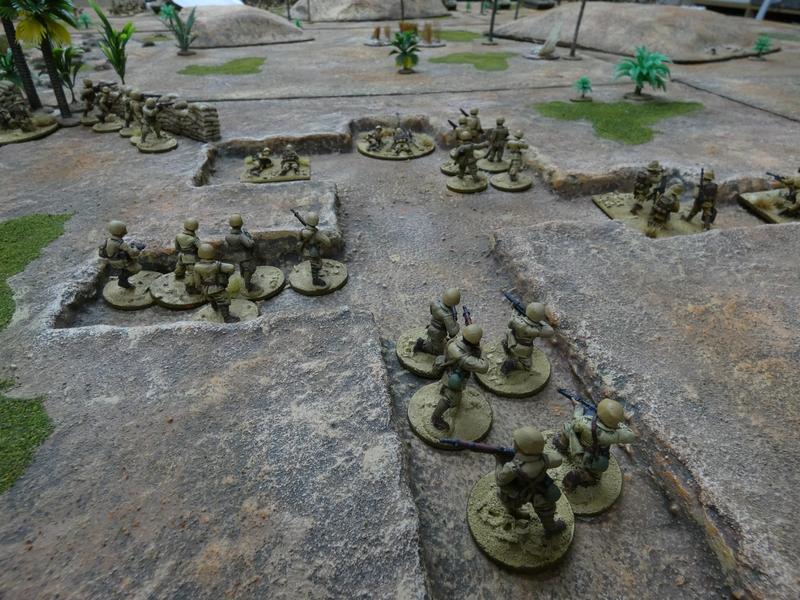 Italian troops were the main participants in the Tunisian Campaign and there were a number of experienced Bersaglieri
battalions amongst the Afrika Korps assault formations at Kasserine Pass. They were in the thick of the fighting and along
with the Centuaro Armoured Division obtained Rommel's last victory in driving back the US infantry (under Colonel Anderson Moore)
and tanks (under Colonel Louis Hightower) along the mountain pass and Highway 13, with the Bersaglieri capturing 2,450
POWs in this action. As German morale crumbled in April and May 1943 and the entire Afrka Korps surrendered en masse,
the Italian 1st Army under General Giovanni Messe kept on fighting, defeating the British 56th "Black Cat" Division and a Free
French Division on 11 and 12 May.

Your posts are always the 1st ones I check out. I don’t have the space or time to put together the games you do, so I just love seeing you do them. I know it can be a it of a slog posting these but I just want you to know the effort is appreciated.

I have a real soft spot for ww2 Italian forces ever since reading Iron hulls, Iron Hearts.

That and playing them and winning with them in a couple of Flames of War tournarments years back.

So, thank you once more

The Italians are too often a neglected subject.

Um I should not write what my grandparents said in 1940 when they heard on the radio that Italy had declared war on France "Les Italiens ?!? Ce sont des joueurs de guitare !!" Their opinion was a bit unfair.

Italy's military prowesses are often sadly forgotten or downplayed, something they share with the French.
But I'm in awe at the awesome looking battlefield you have, with its trenches, craters, destroyed village... I'm fairly sure I have seen movies and games with worse looking backgrounds! Is it your own battlefield, or is it a club's? And is it modular or is it done this way and can't be rearranged?

PS : sorry if this is posted twice, my connection timed out when I posted it and I don't know whether it made it through or not.