Tips and WIPs for those brave souls pushing green stuff around in their homes.

Hi, I'm Anthony from Rocket Tortoise Games. I thought I'd introduce myself and ask for some critique and suggestions as well. I've been working on a digital sculpt for my own science fiction game called Exoshift, it's a combat drone meant to support infantry on the ground. It can alternate between quadrapedal movement in rough terrain, or wheeled movement for roads and other smooth surfaces.

The tech level of the setting is mixed, with a hefty dose of cost vs effect involved. So while there is hover and energy shielding technology commonplace, equipment that is more practical and effective per cost tends to be used more.

The legs and turret aren't finished yet, I'll be redoing a lot of that so it can be cast in resin more easily. The surface of the main body will be smoothed out and hardened in the final version, right now I'm mainly worried about the forms.

The plan is to release this first in 28mm-32mm with multiple turret options, then rework the sculpt for use in 20mm and 15mm. 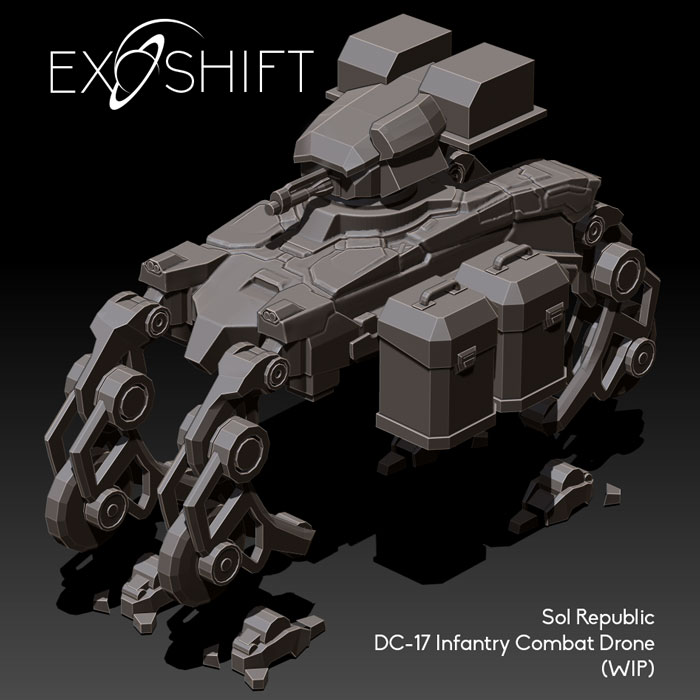 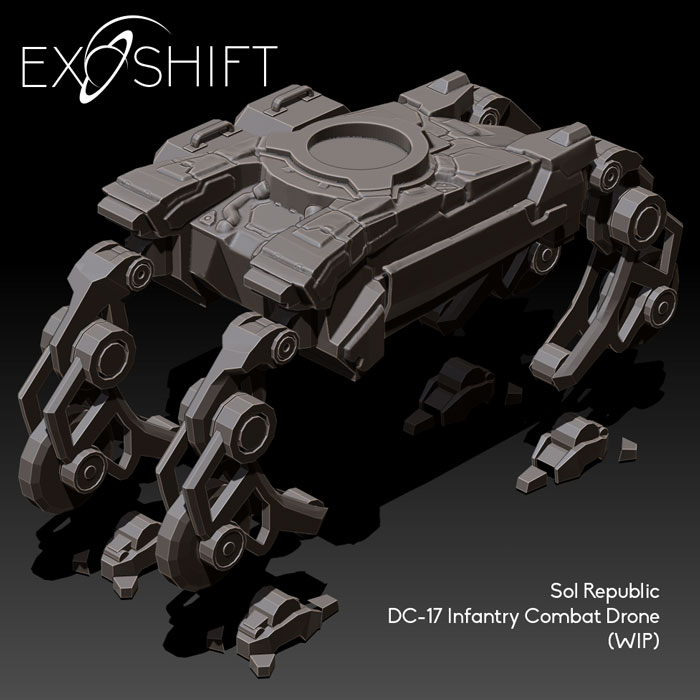 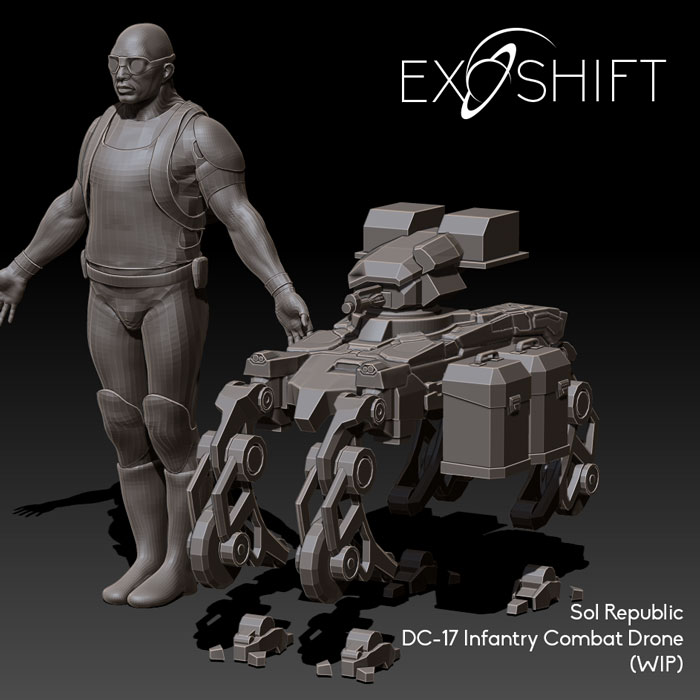 Might be more use as a mobile heavy weapons platform.... or "pack mule"

Theres something similar to this in the accessories sprue that comes with the dreamforge eisenkern, and its without doubt the biggest pain in the arse to clean up and assemble ever. So I guess.. how do you plan to do the legs?
Buy my tat on ebay

The turret shown is the basic light machinegun. I'll redo the barrel to make it more significant. The other turrets will be heavier weapons like an HMG, quad missile launcher, utility crane, mortar, and point defense system.

I've seen the dreamforge utility drone, both of our designs are based on the Big Dog drone being developed today.

The plan with the legs is to somehow get both side legs and a chunk of the side body into one piece, then you glue that onto the main body, similar to how a lot of tank miniatures have the tracks all as one piece that you glue on the side of the hull. There will also be a variation of the legs that are folded down in wheeled mode.

To me the feet look too small to give decent stability and the front legs look awkward because of the bend. If you want them to bend forwards like that I'd suggest splaying them more so the project at angles from the corners of the body to give it a more spider-like appearance.
You'd need to re-orient the wheels if you did that so they'd still be facing forwards but I think it would work better and give it more of a dynamic appearance while also making it look more stable.
"Not gods, but Englishmen. The next best thing."

Profanity is the crutch of inarticulate motherfuckers.