The first release is of the ColSec forces, very well equipped Colonial Security with armour and weapons brought from Earth. It's a set of seven poses. The models are made for 20mm scale gamers so are approximately 25mm head to sole.

After the colonisation is fiercely contested by the warlike natives, the colony has no choice but the press its youth into action, and the CYRs (Colonial Youth Regiments) are raised, boys 13-15 years old, with cheaper weapons and armour produced by the limited industrial capacity on the colonies as these hang on by the skin of their teeth. The CYRs will be released next, followed by Shunq tribal warriors, who are substantially taller than humans. 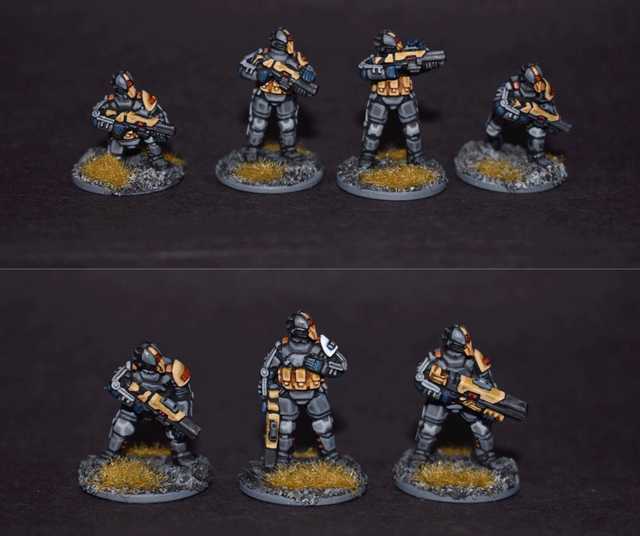 After the rather hackneyed and half-arsed bit of background fluff, you forgot to mention that they also turned into a race of pinheads.