The Ronin Shōjō is a peculiar stranger that the stories say appears across the world in various drinking establishments. Keeping to a cinematic style set routine, she kicks in the doors demanding their best fighter challenge her in combat. Her companions stand behind her, snarling at the men who begin to leer or mock. Even though she's begun the duel intoxicated, it is said she has never lost.

Following the victory, she remains at the bar for the rest of the evening continuing to drink with her acquaintances until the sun rises. The surrounding men, feeling emasculated attempt to outdrink these intriguing and terrifying women. They emerge hazy eyed to find their new visitors have already left. Thus the story of the Ronin Shōjō gains another leg. Where they really visited by the Ronin Shōjō, or was it drunken delirium?

These figures have been a lot of fun and I'm now excited to throw them at you (not literally!). Also next time I wake up with bizarre bruises and a sore head I will declare I must have been visited by The Ronin Shōjō. Which would be never of course, being a well behaved lady and all.

They're brand new, just out this weekend! 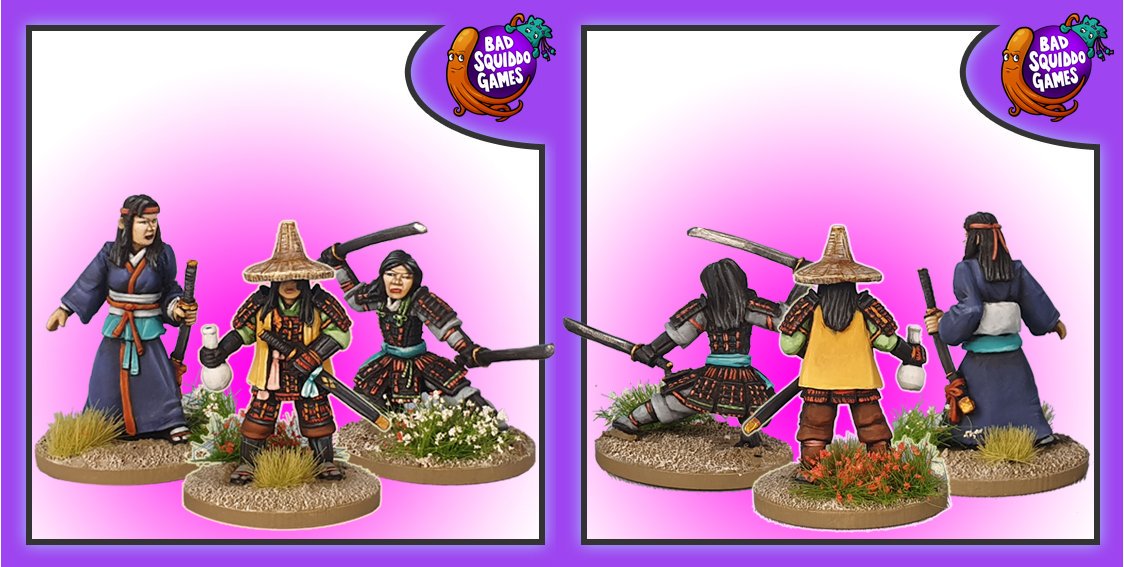 And I know you prefer not to pander to the "must be half-nekkid" crowd, but there's apparently precedent for that -- at least in the movies, though I'm not sure about the reality. I know I'd find it distracting!