We are very pleased to release the first mounted codes for our Later 14th Century Medieval range: men-at-arms in jupons with lances upright, the same with lances at 45 degrees, and mounted high command.  The mounted command come with trumpeters on rounceys, and the gamer can choose for the rest of the codes whether the men ride coursers, armoured coursers, caparisoned coursers, or rounceys.

(An upcoming set, mounted men-at-arms in houpelande, have been added to the store page to show what the armoured horses look like, although that code is not yet available.) (Please note that other mounted options are available for each of these
codes as well, as described above.)
http://khurasanminiatures.tripod.com/index.html

Not bad.
I'd argue that a Rouncey was not necessarily smaller than a Courser - medieval horse types are more functional descriptions than breeds, so a Rouncey is a bog standard jack of all trades horse for war whereas a Courser is a faster, stronger horse for posherthugs men at arms. You wouldn't necessarily be able to tell just by looking at size which was which.
No full Chargers/Destriers then? They would usually be a bit bigger (more muscled rather than taller - c15 hand) and surely some of your knights must have invested in a proper war horse?

Not sure what the fuck the guys on the armoured Coursers are wearing but they ain't fucking Houppelandes. Might be long surcoats, might even be baggy joupons (? odd idea) but they aren't these: 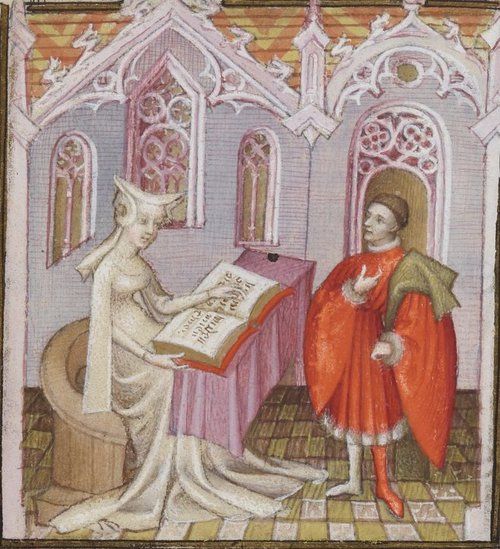 Lovely miniatures... but posts like the one above (not a dig at you, Mr. B, it is a perfectly rational post) are why I have never bothered with historical gaming... far too much realism and historical accuracy for me.

I'd convert something and everyone would be like "there's not enough buttons on that ray-gun you have given to king Charles the second... and the bubble on his hover car should be semi-elliptical, not semi-spherical"...

Have a look at my blog, it's really full of things: http://insosworld.blogspot.com/

No offence taken.
Frankly I was being a bit snotty with my comments, I confess.
If they weren't marketed by Khurasan I'd buy some, they are very nice, and I have a 'generic' 15mm mediaeval army c1400AD they would fit into very well.
I wanted to buy some Elizabethan stuff Clibanarius did for him years ago - the twat (not Clib, poor bugger) previewed them with a massive fanfare and then sat on them for about four years. Dopey cunt. So I routinely get pissed off with him, never mind all the sockpuppet dissing other manufacturers bollocks.

It's the marketing hype I'm arguing about really, not the figures

(But I'm bloody right about the horses and the garments!

Users browsing this forum: No registered users and 21 guests