I was going to sit on these a bit longer until I had some metal, but I can't just keep sitting in this pool of my own froth (I might drown). As some of you may know by now, I have a soft spot for the old renaissance styled Marauder dwarfs. Having collected all the original models, I still felt myself wanting more, and other currently available similarly themed ranges, like the Foundry one, just don't strike the same chord. So the only way to get figures that would hit the same spot, was to have them made.

Now this is first and foremost a private project. These are figures I wanted made for myself and not everything about them may appeal to a broader market. Even so, I see no reason not to sell some to interested people once they are available (will still be a while as I want to get a few basic sets completed (and moulded) first). There are no plans to become a real shop though.

Now, first thing was to find a sculptor who could delivery the quality AND who gets what it is that gave the old school models their charm and character. I immediately thought of John Pickford (of Otherworld giant fame) and I think he came through big time with the models. I can't stress enough how my pictures don't do justice to the models. They are very crisp and clean in the flesh. Any limitations designwise are my fault and not his, as I wanted to capture the look and feel of those golden age models, with all the good and the bad that that entails.

In order to give him some time to get familiar with the subject matter, I suggested to start out the first ones with the most static poses, so don't blame the sculptor for that, it's what I asked. There will be many more poses and troop types farther down the road. Since I hate units with loads of clones, I wanted to make the most out of my buck and get them to be modular: separate heads and separate weaponhands. For this first set, there are 4 bodies, 8 heads and 4 weaponhands (only 3 shown, the 4th is another poleaxe type weapon). All heads are interchangeable (as pictures demonstrate) (and of course, some heads are bound to look better with certain bodies, but all in all it works pretty well, without detracting from the final look.

As said, more poses and trooptypes will follow and the aim is to make parts (especially heads) interchangeable between as many sets as possible for maximum customisation possibilities.

Anyway after this long introduction, some pictures featuring all of the heads on all of the bodies (and 3 of the weaponhands). They are just tacked together and in some pictures the hands have come away from the arm, but this would not happen if they were glued together. 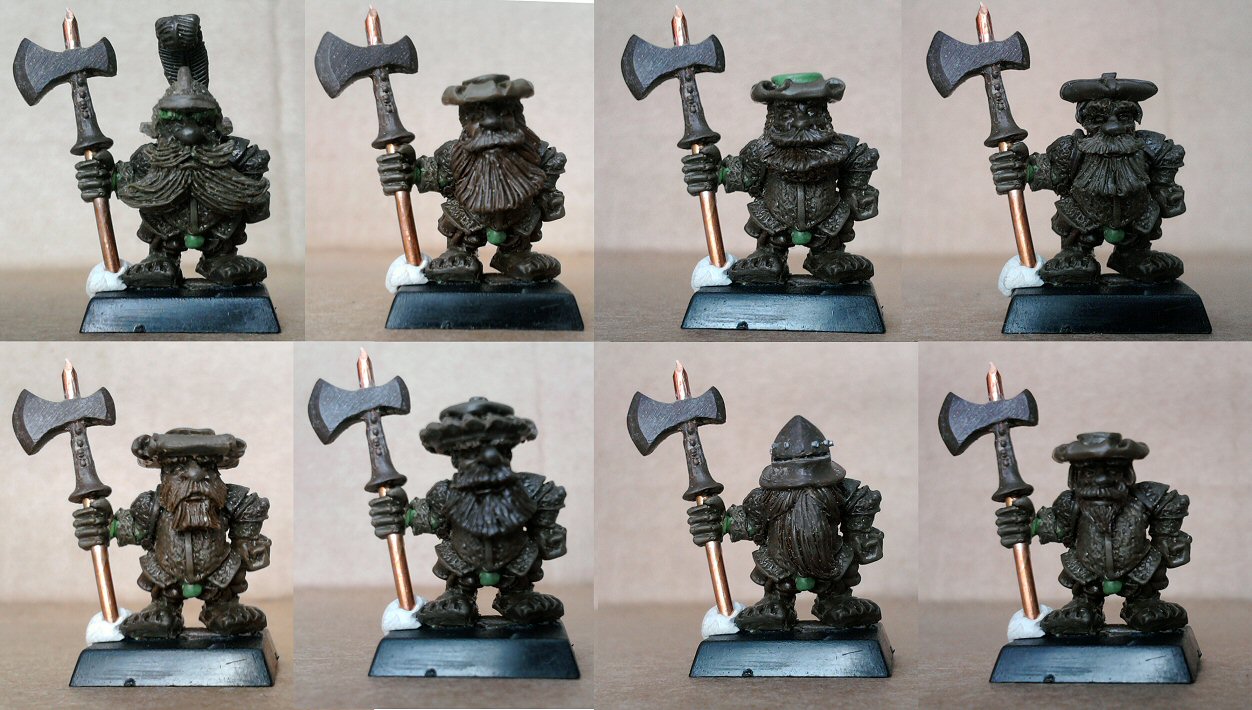 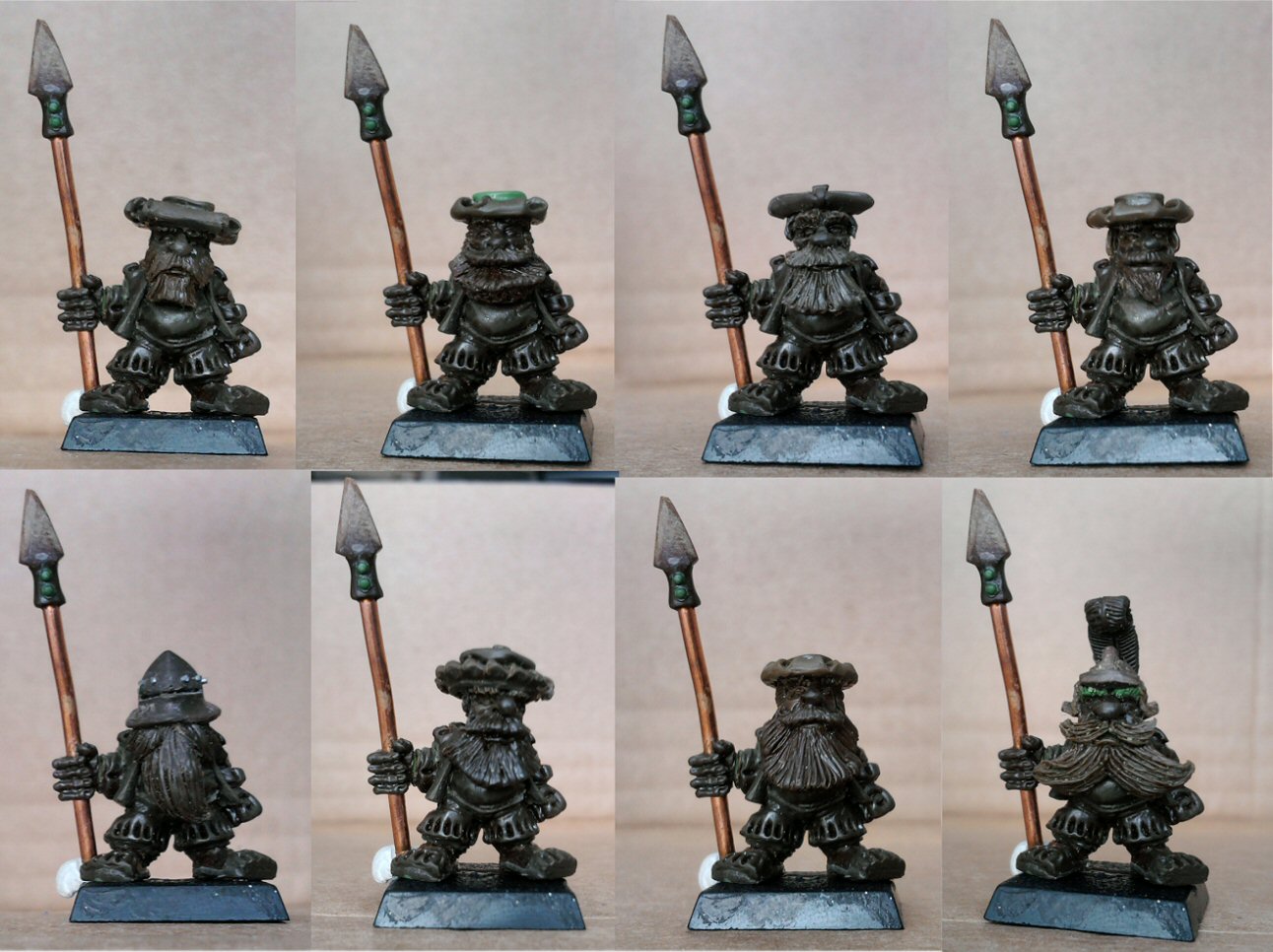 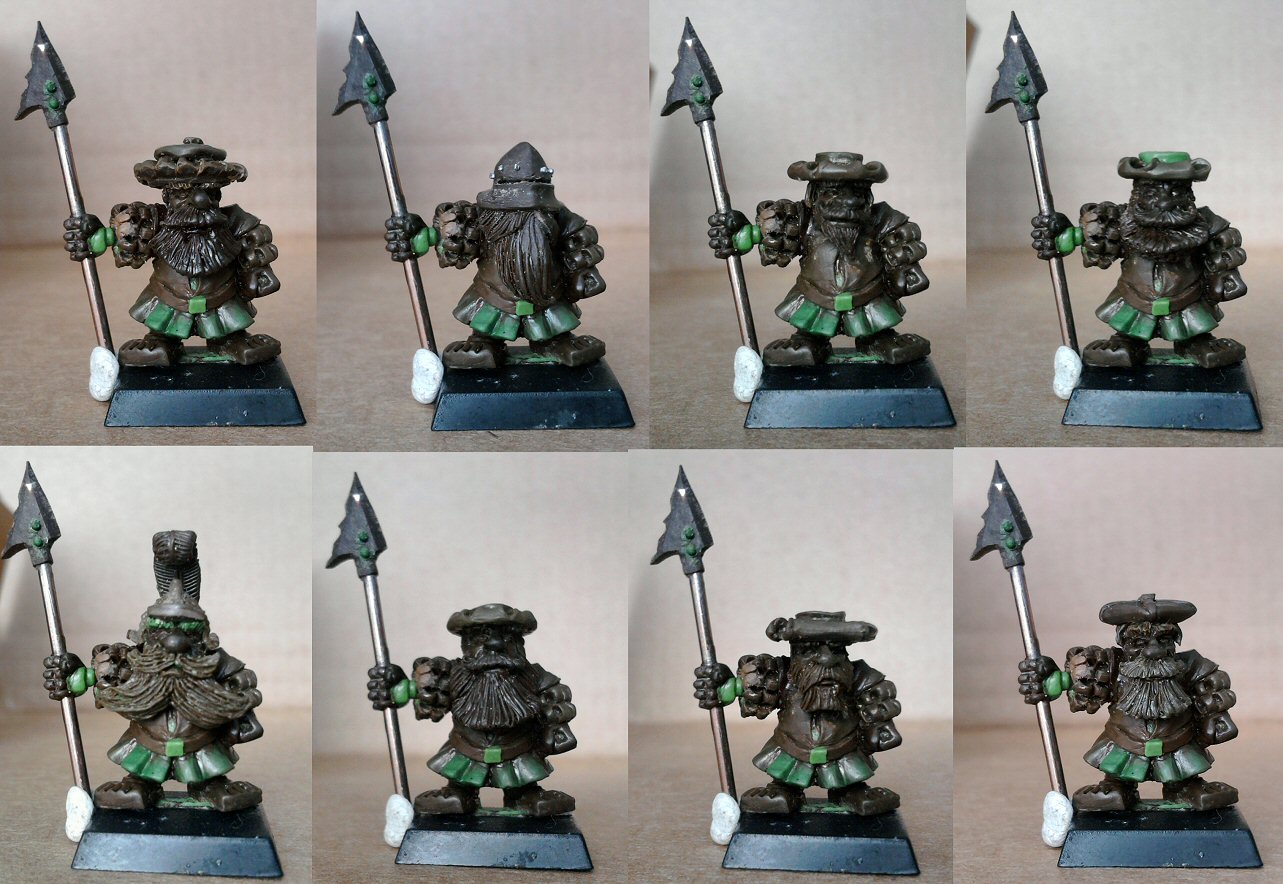 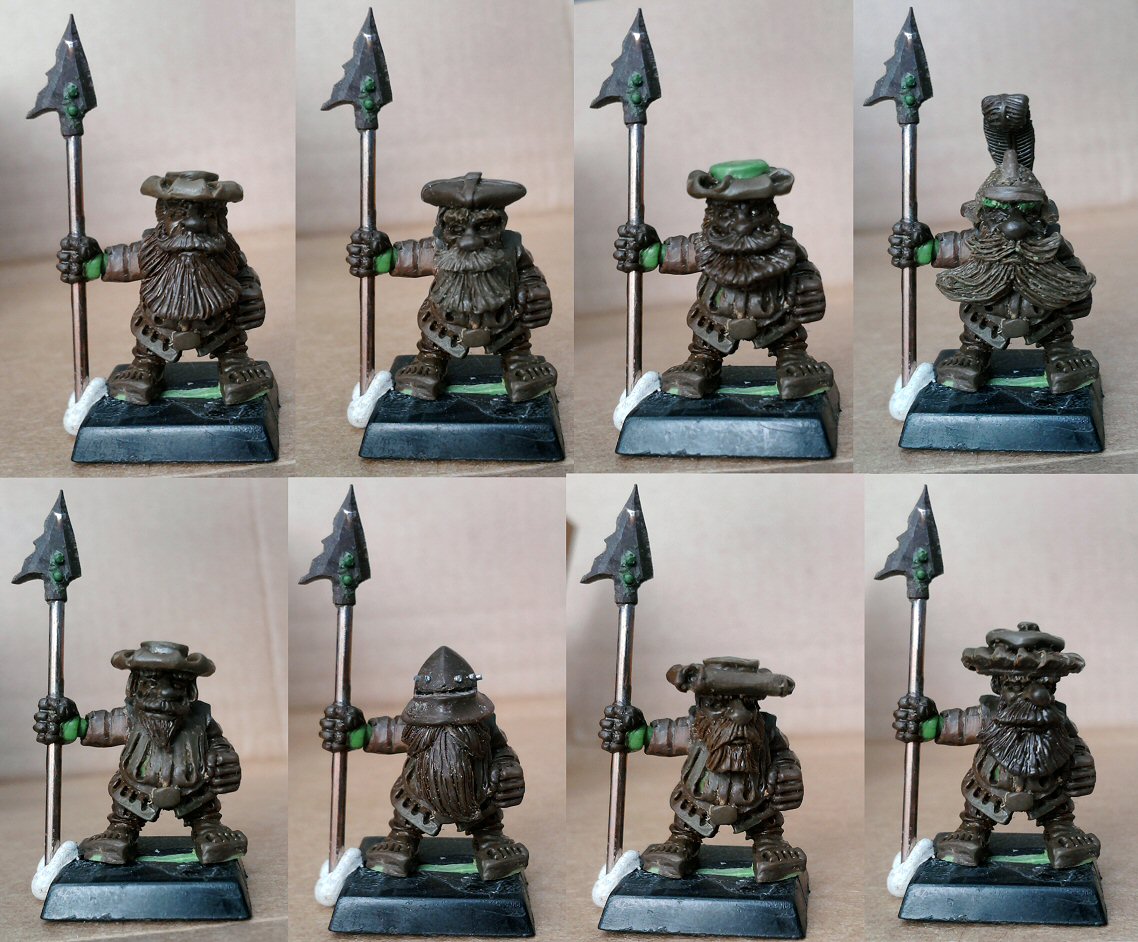 Great looking dwarves.They are very similar in design and would not look out of place with the original line.

Love the one with the helmet on.
My little miniatures venture

As a huge fan of the original Marauder ranges I?m excited about your private venture and would be delighted if these became available to the public.
You`re of to a really good start and I hope the future will see some kind of cavalry.

Spikehead wrote:I hope the future will see some kind of cavalry.

all hail the chief

I see a lot of painting mistakes in those figures. Would be fatal to use them as a guide.

Users browsing this forum: No registered users and 5 guests