Proper frother gaming in its purest form, without the stupid miniatures. Prepare to receive Boarders!

Just wanted to introduce our new game, Bad Lands: Curse of the Skinwalker.

Bad Lands is a co-op western horror survival game where you and your friends play heroes fighting off a ravening horde of Skinwalkers and other folklore creatures. Bad Lands is an all-in-one board game, but it's also compatible with the miniatures from our skirmish game, Blackwater Gulch.

Here is the URL for the Kickstarter page

Re: Bad Lands: Curse of the Skinwalker - Kickstarter launche 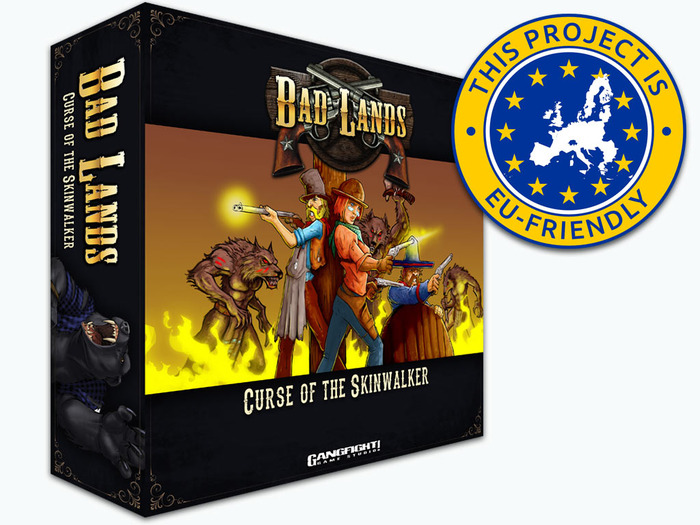 I'm happy to announce that this campaign is now EU-Friendly! Sorry we didn't start out that way, but there were some details that had to be worked out first. Good news is EU shipping will be a little cheaper than the rest of the world, pretty much the same as the Canadian price. I've created a new pledge level for EU shipping, even though it's the same price as Canada, just so it won't be confusing. If you're in a EU country, feel free to switch your pledge to the new one

I've gotten more than numerous requests for a EU-Friendly option so I'm hoping this will bring in new blood! As usual, go tell your friends about Bad Lands

Next up, I've also gotten a lot of requests for info on more stretch goals. So, I added the goal for the Wererat beast pack, which will also include a bonus Epic Boss added to the core game, the Jersey Devil. Epic Bosses are even tougher than your average alpha skinwalker. The wererat pack will be a $41,000 goal. We basically need $8k for each new beast pack. I've also got plans for lizards (werecroc?) and insects (Mothman?), but I don't have any art for those yet.

Last but not least, I'm also going to start sculpting the Beast miniatures for the eventual Blackwater Gulch beast faction expansion. Just like the gang members, you can also use the beast minis in your Bad Lands games if you want. It will take quite a while to sculpt everything, I'll just be doing 1 or 2 new sculpts at a time and selling them on my site. The first sculpt I'll be doing is the Alpha Werewolf, he's being sculpted by Clint McLean, the fella that made the infamous Sharktipede! Best of all, I will include a free copy of the Alpha Werewolf miniature for all backers who are pledging to receive a copy of the game (basically $55 or more), and I'll also offer him separately too. I'll make a more official announcement about that around the web when I get some screenshots to show off, but I'm not sure when exactly.
My games:
Mechadrome - Heavy Metal Combat
Blackwater Gulch - Gangfights in the Old West