DemonEtrigan wrote:Looking for a base painting tutorial - I am trying to achieve a lava style look where the tops of the ballast will be black but I want to hint at the heat and molten rock below. For Helldorado.

I use small ballast to cover the base.

You can also make lava bubbles with hemispheres of gs

When I set out to finish my undead army, I discovered that GW had changed one of their troop types from when I first started collecting my army (no surprise there). Ghosts as individual figures in a rank and file unit never really captured my attention, but for some reason multi-figure elements based as Spirit Hosts was slightly more appealing. It probably didn't hurt that in the intervening decade some more engaging figures had become available to fill such a niche.

For the most part all I'd seen were ghosts done in various drybrushed presentations of grey or white. With the release of the Lord of the Rings movies and corresponding miniatures, I begin to see Army of the Dead figures popping up in generally teal color schemes.

Neither of these schemes really excited me, so as I was collecting figures for my collection I got fixated on a cold blue scheme that I thought might jive with my mental picture of what a neat horde of ethereal beings might look like. In the end I was pretty pleased with how my experiment turned out, and since I was a bit nervous about trying it myself, I thought I'd share my results and hopefully they'll provide motivation or inspiration for someone else to go off and try something of their own. 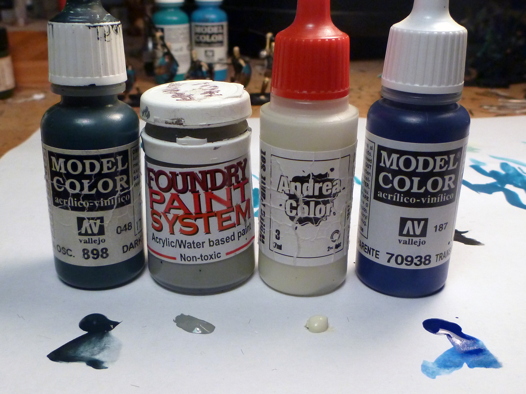 The first 5 images below show the progression from pure VMC Dark Sea blue up to Granite Light. In order to suggest a sort of floating look, I kept colors primarily darker on the bottom, so as I highlighted I not only applied paint to smaller areas topographically, but I also limited them to progressively higher and higher areas, in relation to the base.

(full size, that the forum is too much of a fuuking pussy to handle: http://www.madponies.net/ghostimage/ghostWIP1.1.jpg)


Once I reached a nearly pure application of Granite Light, I used the inks. First a lot of black ink in all the recesses of folds, low parts of the faces, the chainmail, crevices in armor, etc. Then an extra few washes of black in on the lower parts of the figure in general to accentuate the progression of bottom->top:dark->light.After the black ink comes a liberal application of Transparent Blue as a unifying glaze over the gradient I'd already built up (Images 1-3 below). In #s 4-5 below, I started mixing the White Highlight basically a mild ivory) into the Dark Sea Blue to begin the most dramatic of highlights. After a couple increasingly light applications, I hit it with a gentle Transparent Blue one more time, again, to unify the gradient that I've now built up to a sharper highlight on the extreme edges/tops of thing. Any areas that I felt could use more contrast will get another dab of black ink. Cracks in shields, folds in chainmail, insides/undercuts of clothing etc.

(full size, that the forum is too much of a fuuking pussy to handle: http://www.madponies.net/ghostimage/ghostWIP1.2.jpg)

After that a last spot checking with some pure ivory on the edge of the sword blade etc, and inks in the crannies, its time to base it up, and under proper lighting, we have the following result: 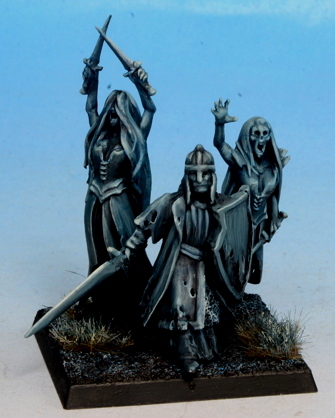 After I finished my spirit host I decided I wanted a couple ethereal characters for my force as well. I decided to try the same recipe, but with green this time, to see if I liked it at all, and hoping that the variety might be nice.

For this experiment I swapped in the following colors in place of the blue and blue ink:

NB: Either of the green washes will work, but since I had both and hadn't worked much with either, I played with them both that the inkwash stages. The Citadel glaze is the less intense of the two and would probably be the best choice if you were worried about over doing it at first. 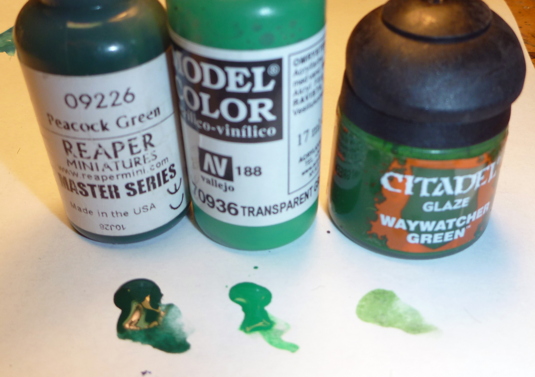 The steps below follow the same series from black, to Peacock green to various mixes off Peacock Green + Granite Light.

(full size, that the forum is too much of a fuuking pussy to handle: http://www.madponies.net/ghostimage/GhostWIP2.1.jpg)

Images 3 & 4 below show the black and green ink stages, while #5 shows the final highlighting after a fair amount of green glazing and shadowing in the nooks and crannies.

(full size, that the forum is too much of a fuuking pussy to handle: http://www.madponies.net/ghostimage/GhostWIP2.2.jpg)

Under proper lighting the color becomes more true and you can see the final palette: 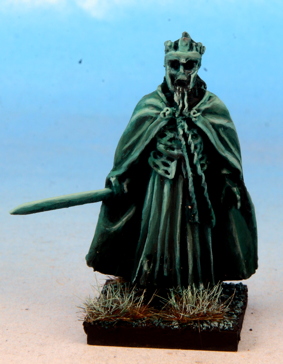 Back under the work light, here is the contrast between the blue and the green recipes: 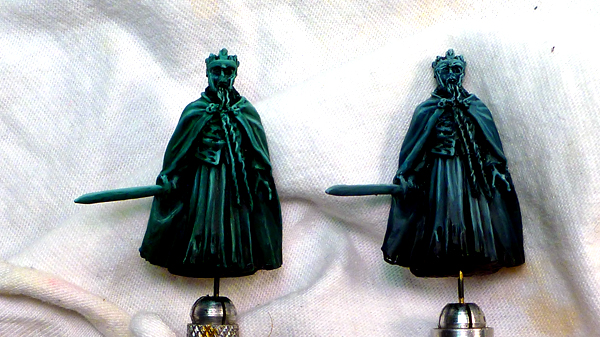 And under slightly less extreme lighting: 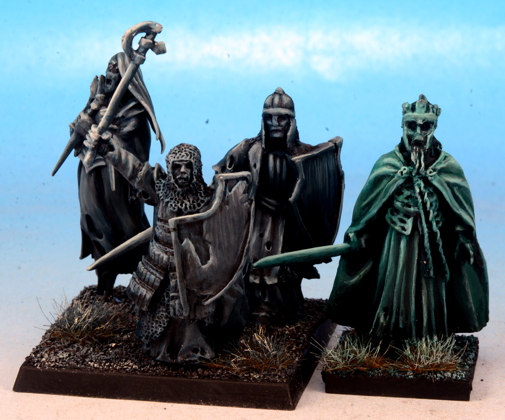 After I got the whole project done, here is my resulting spirit host:

For the effort expended, I'm really happy with the results, and think these will be a rather dramatic addition to my undead collection, and a welcome departure from the rather monolithic effect of unit after unit of bone colored troops.

If you come up with another idea as a result of this recipe, I'd love to see your results.
Can't connect to local MySQL server through socket '/tmp/mysql5.sock' (111) [2002]

"There should be a special term for people who join TMP* in order to complain about something** in their first post(s)." -AECurtis (RIP)

I'd been looking for inspiration for a Necromunda gang and the 54mm Inquisitor figures lurking in the pile.

A useful tutorial for pale skin in the Blanche style.
Linky

I've just posted a video on my site of a basing technique for 28mm figures, showing how I did it for basing up some arabs for Cross & Crescent. I think I copied/evolved this from a post on McPhees originally, but here it is as an overlong video with dubious (royalty-free) music.

Some of the end results can also be seen here: 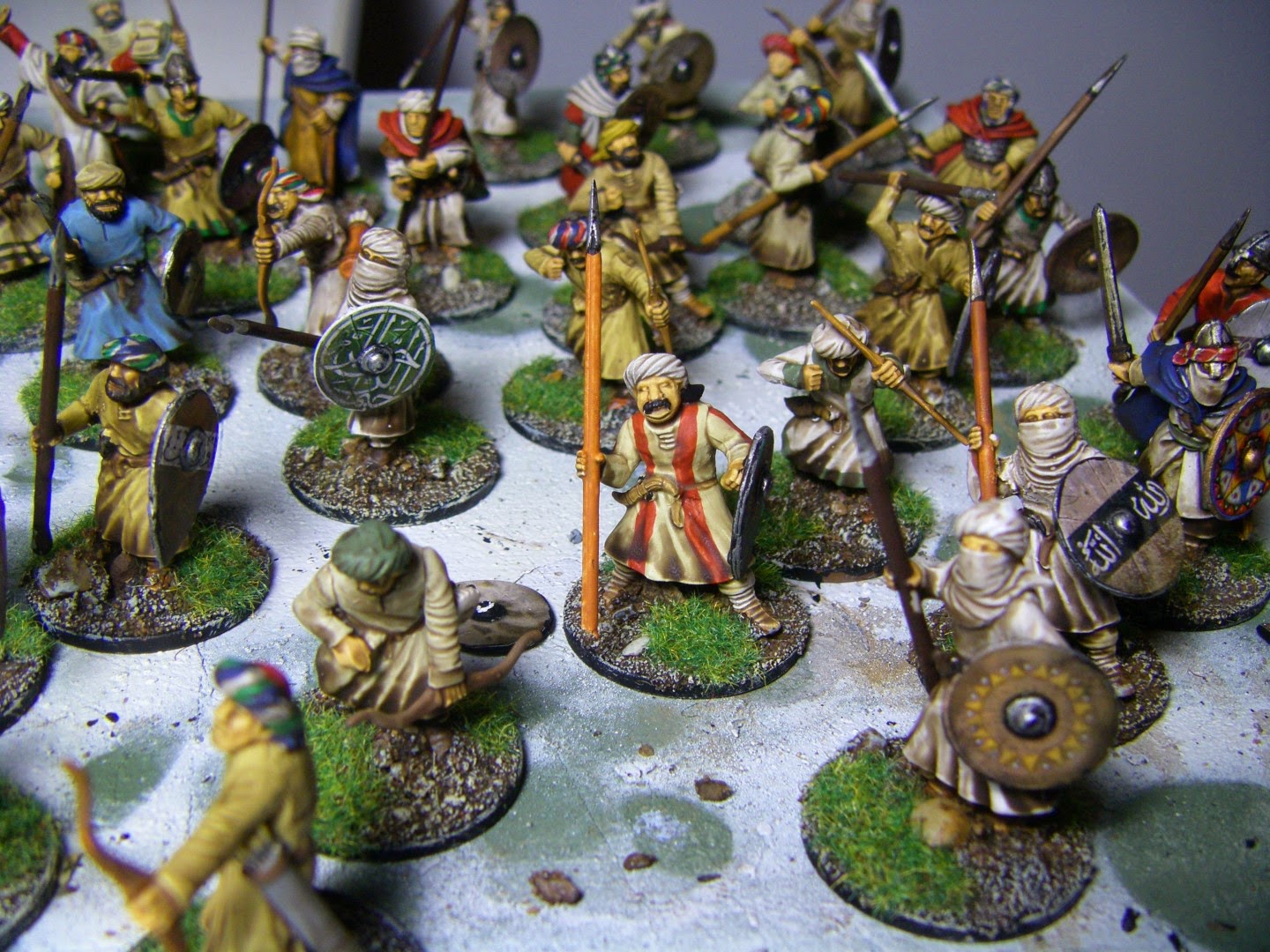 Hopefully of use to someone out there...
www.madaxeman.com

Users browsing this forum: No registered users and 35 guests