Hi,
here is the link to the page on our website where we had put the pictures of the last, entertaining battle of Naran Fantasy Wars played played Sunday, 8th December 2015: Battle of Kyushan: Yao with Tang and Tartars Allies against Mikado Samurai with Nihon and Oni Allies.

And here are some pictures: 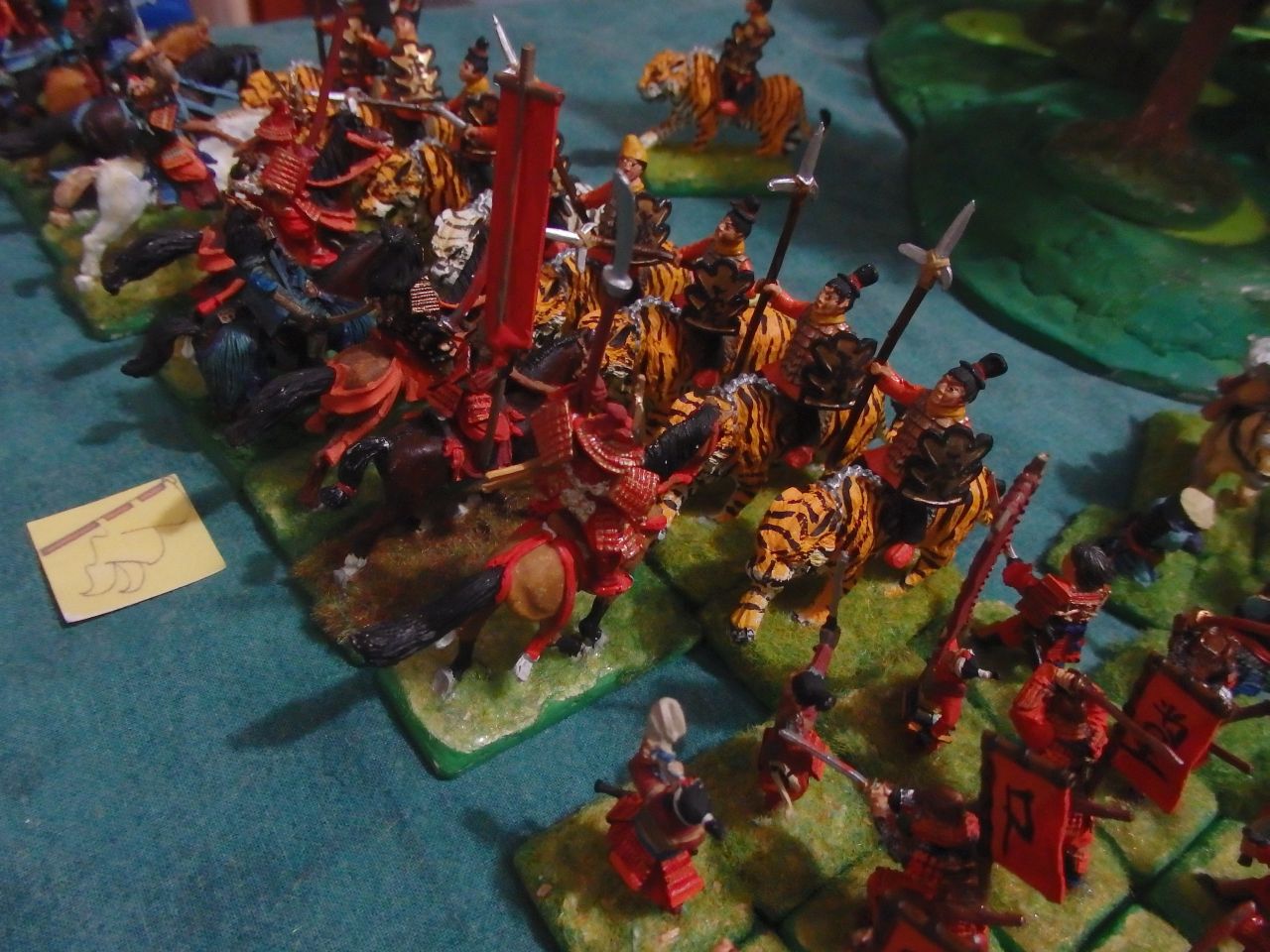 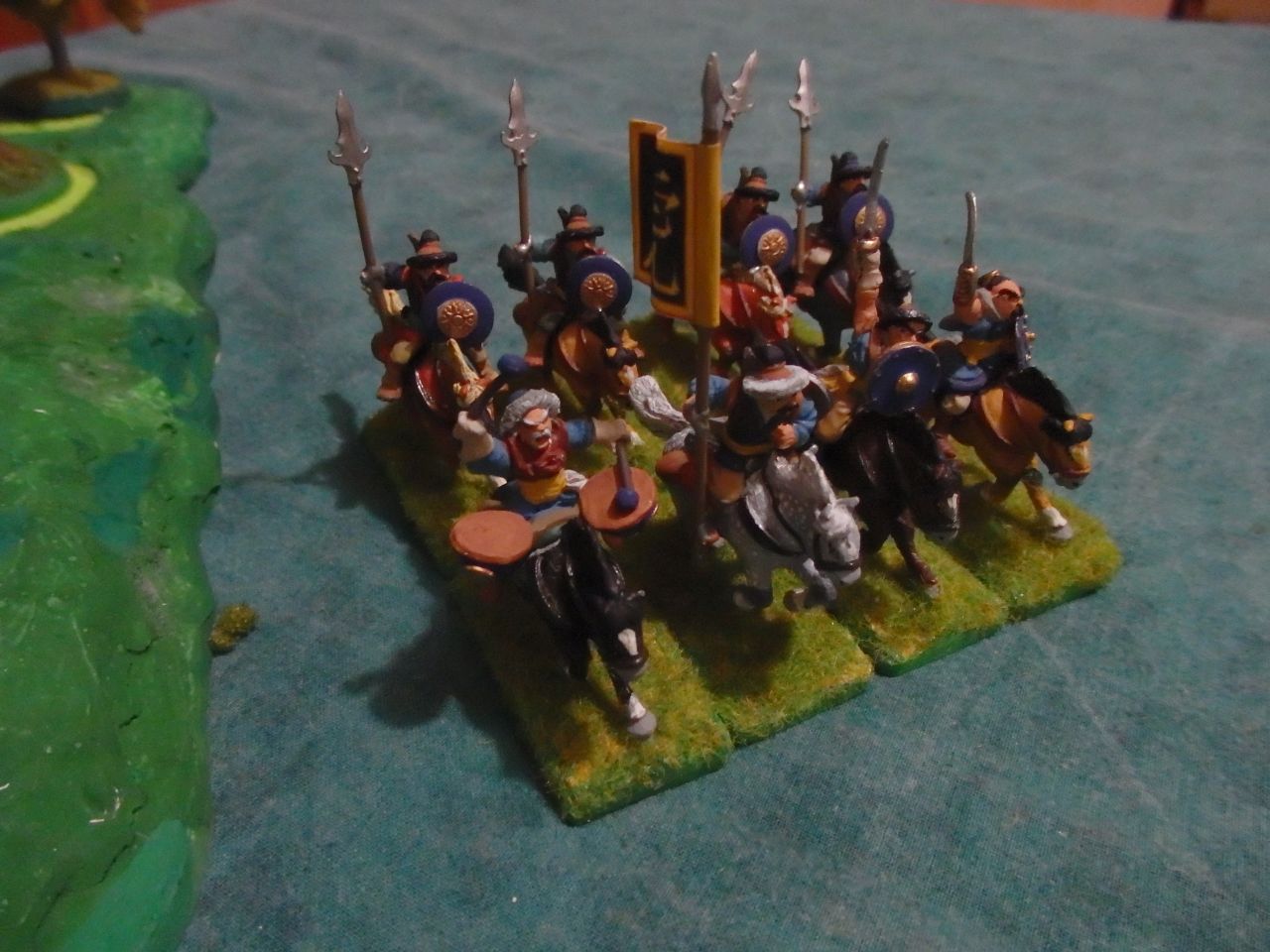 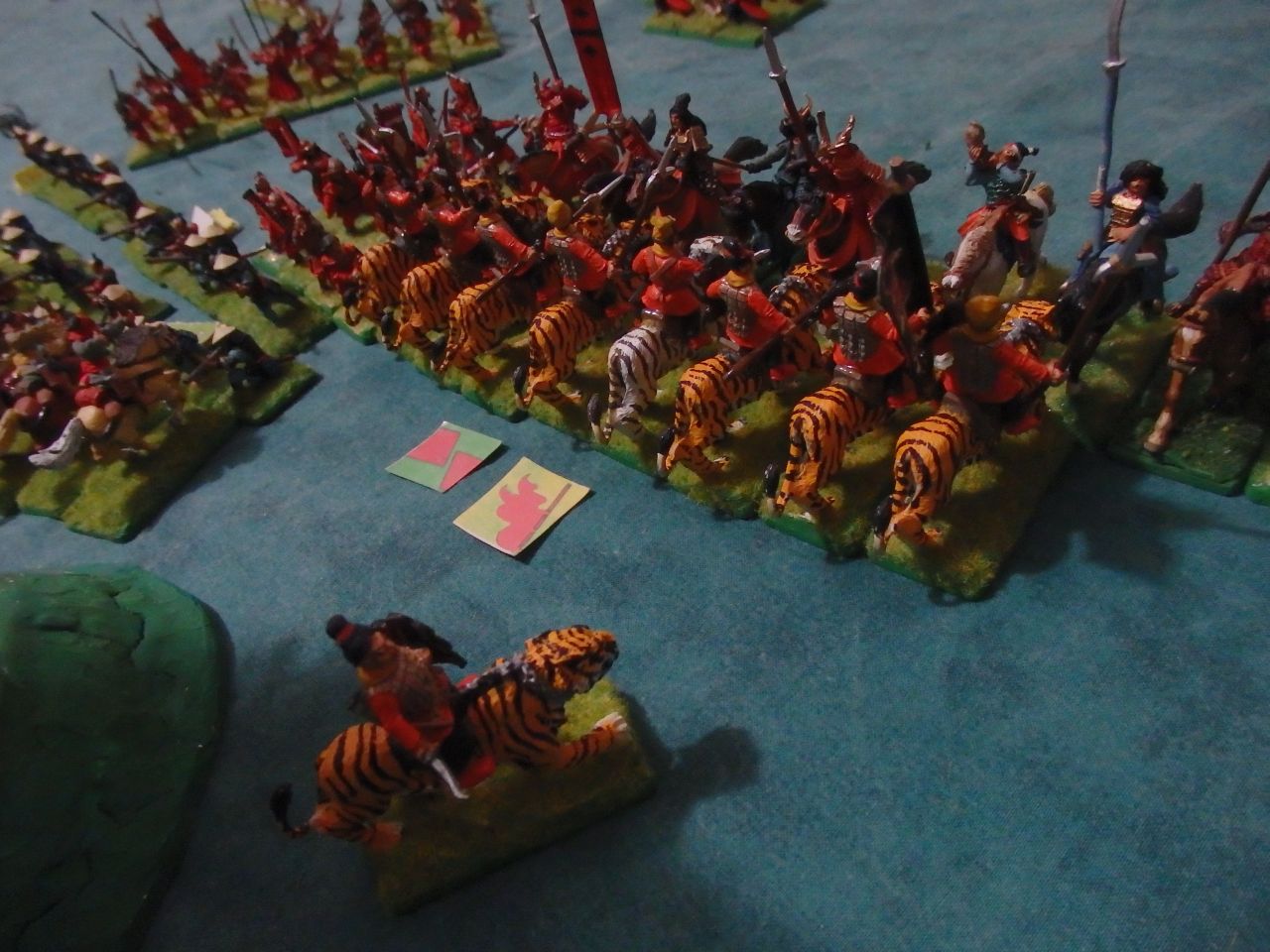 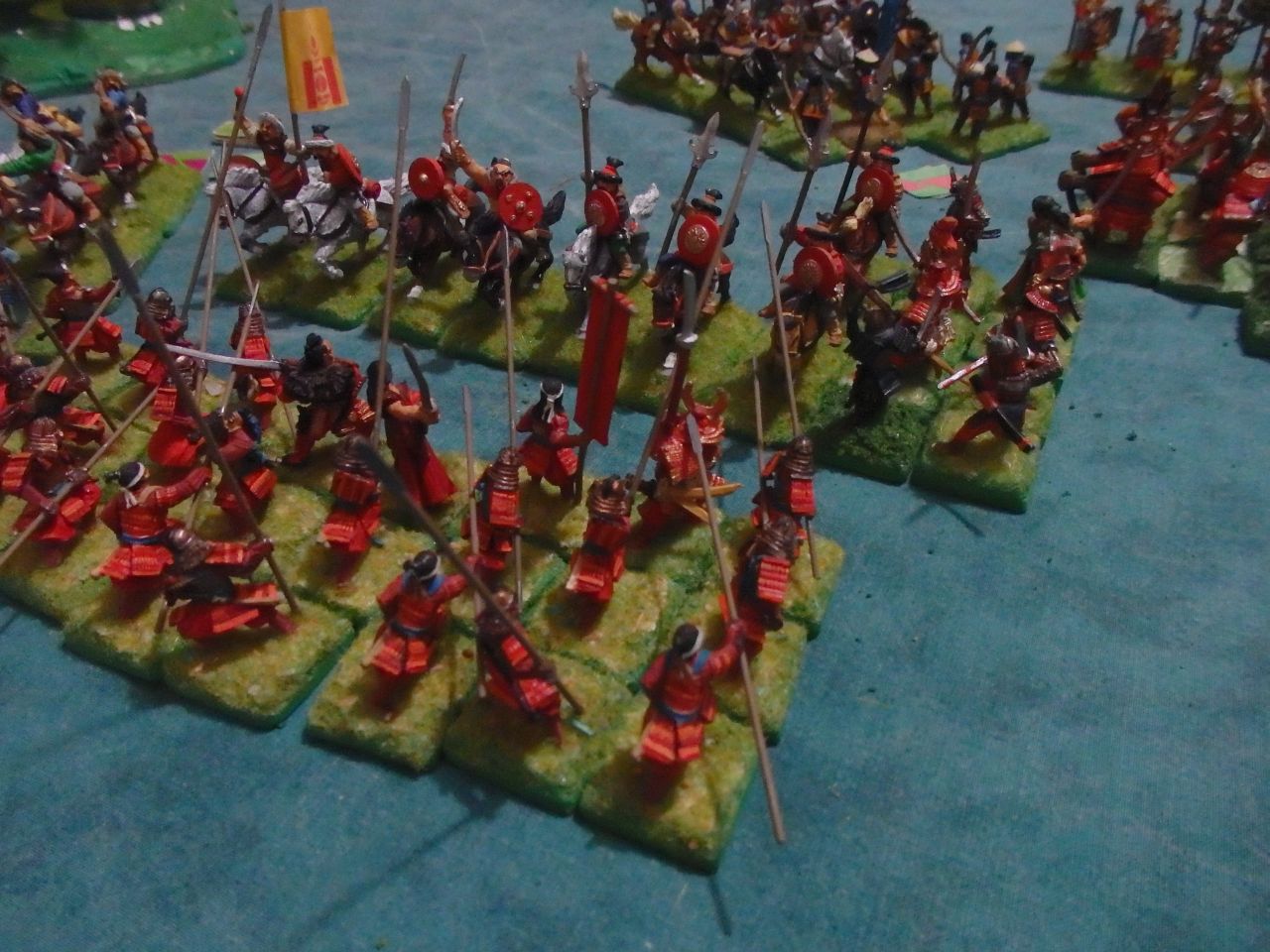 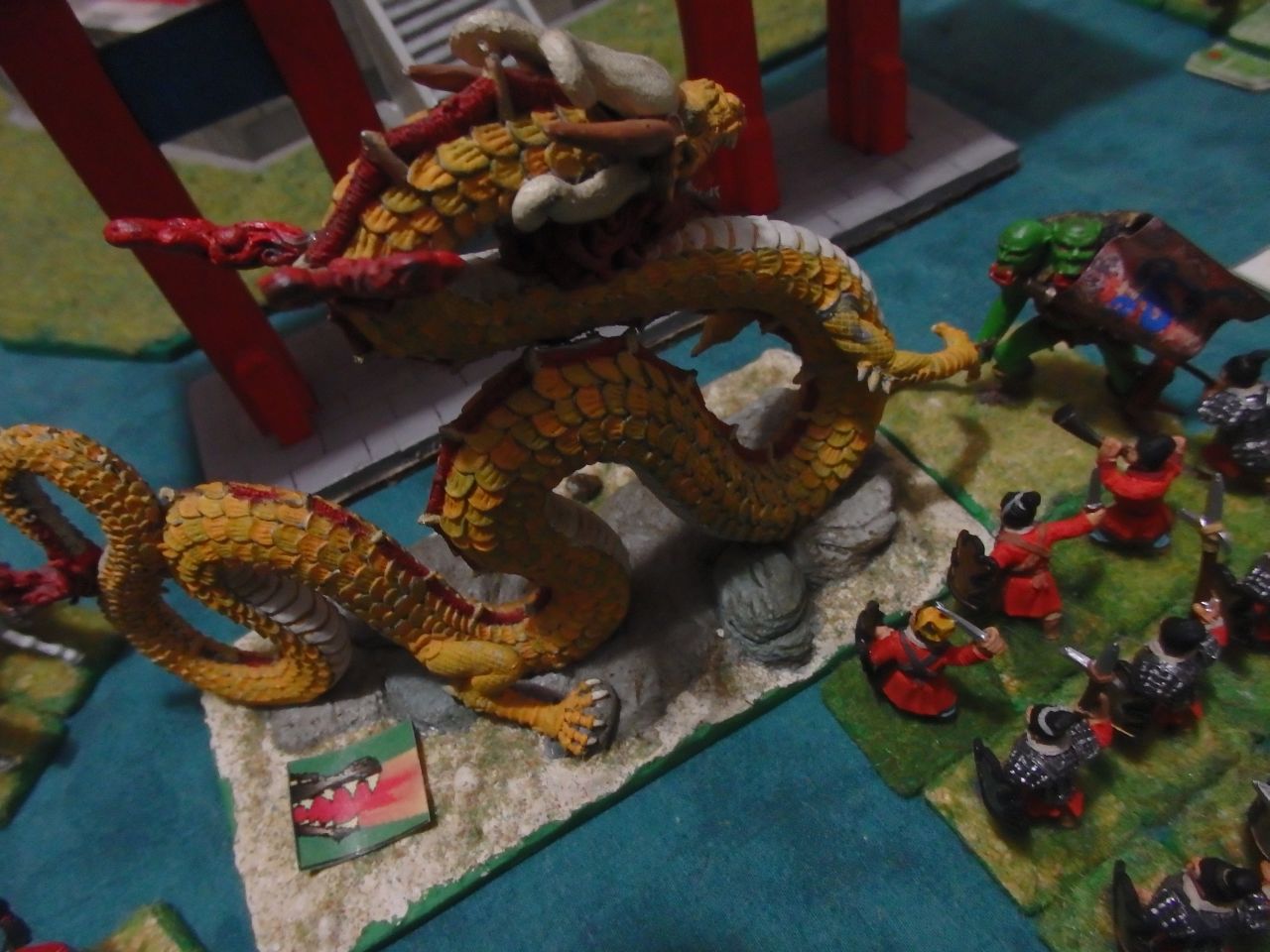 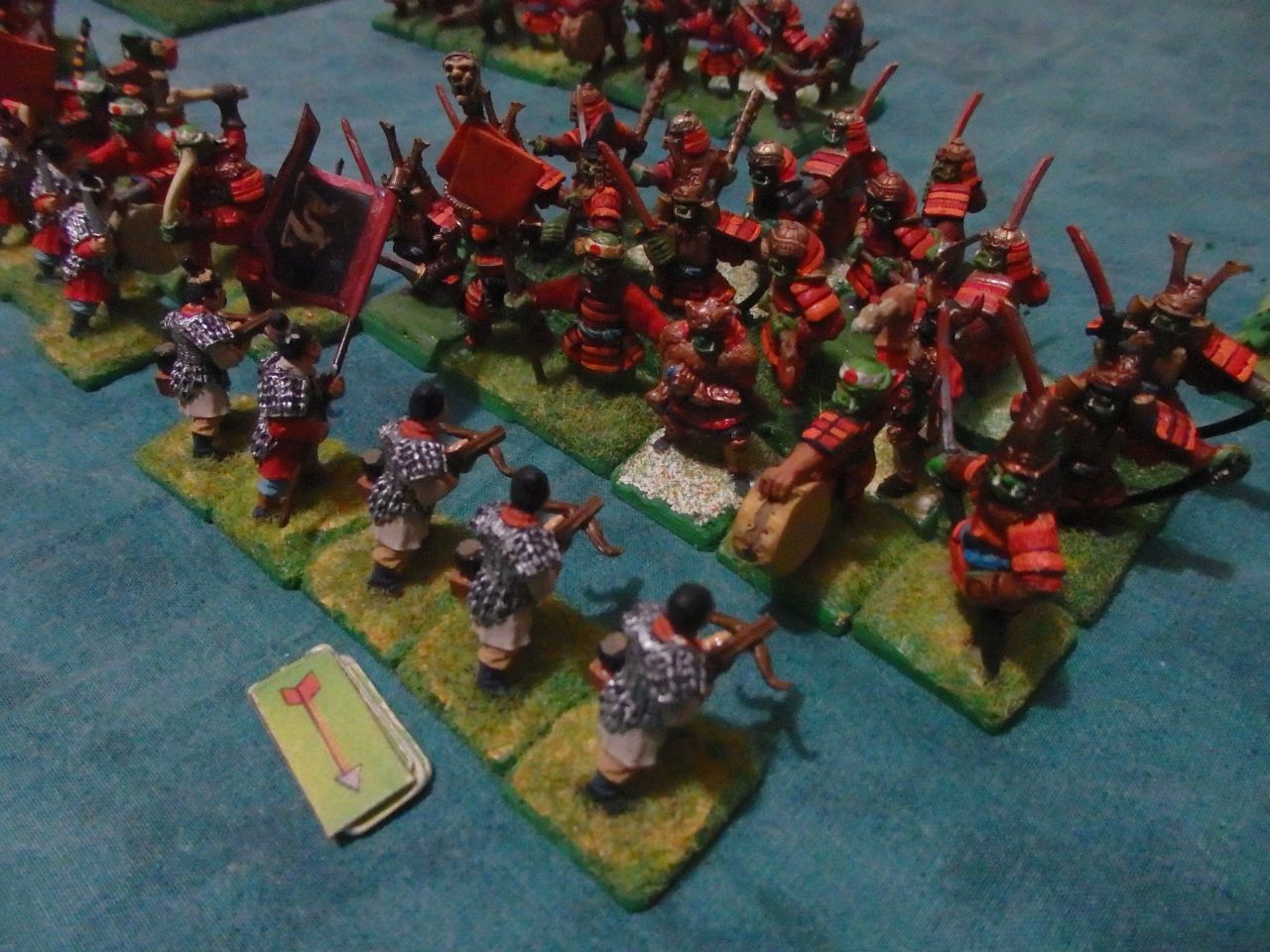 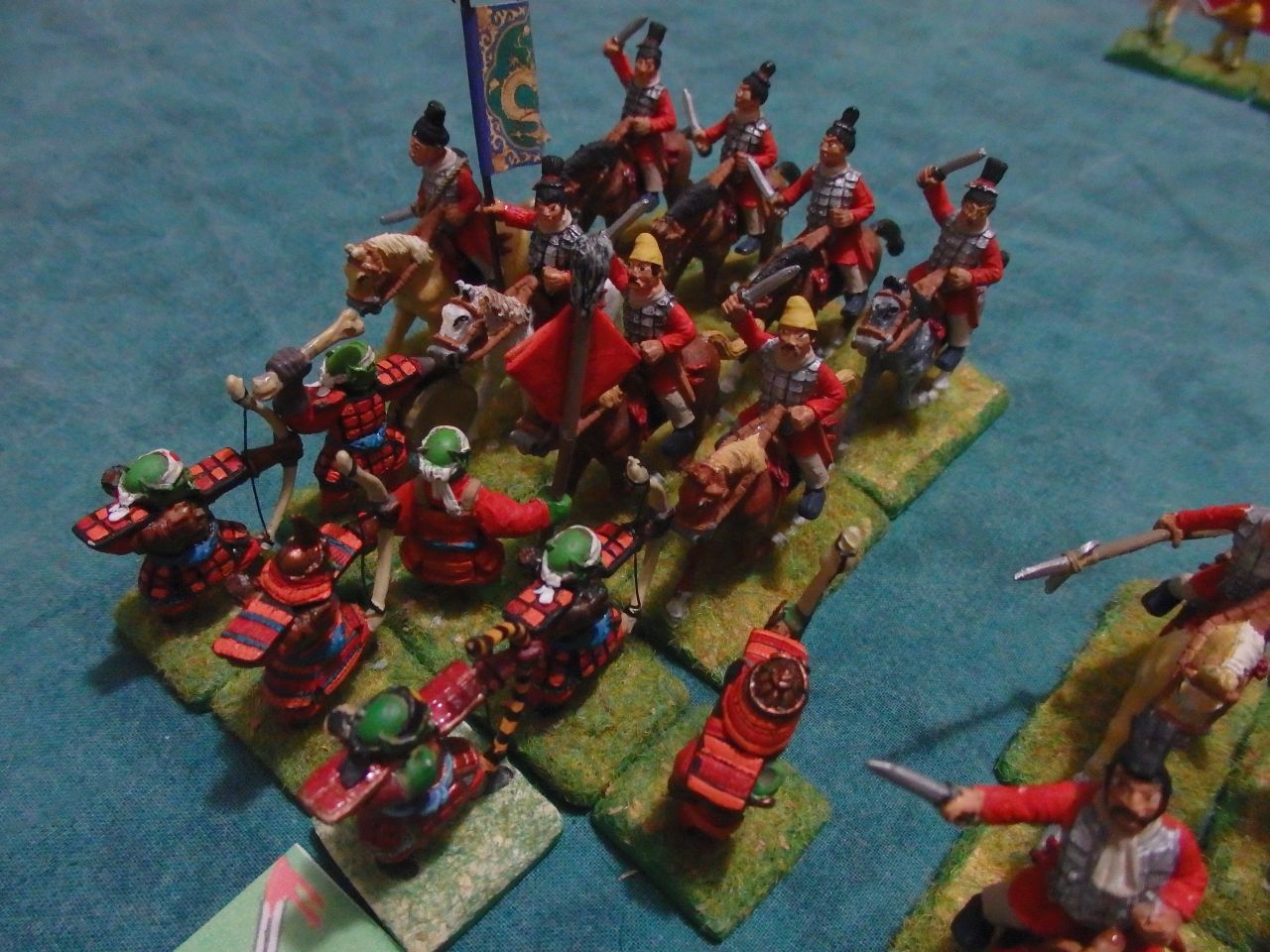 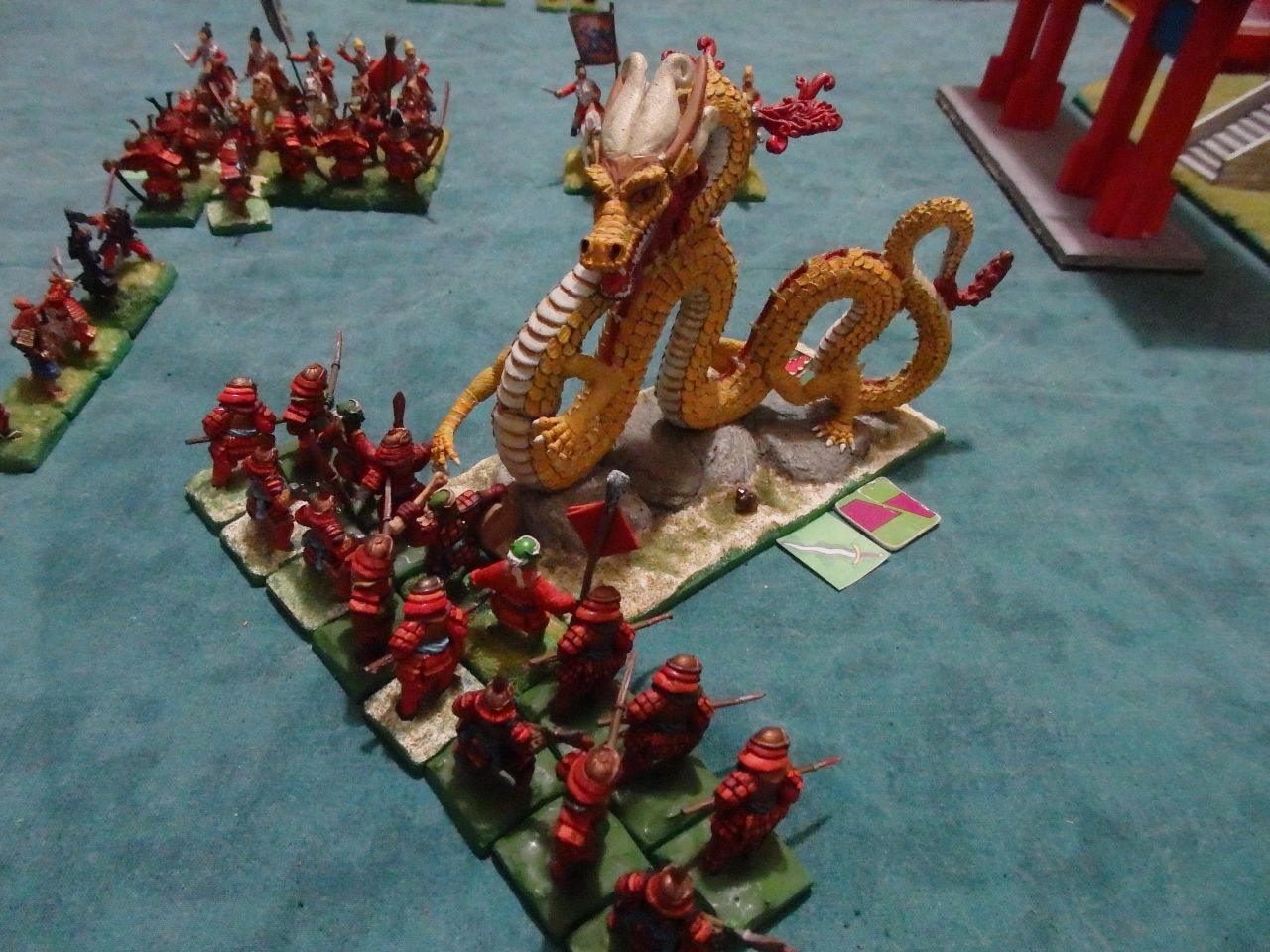 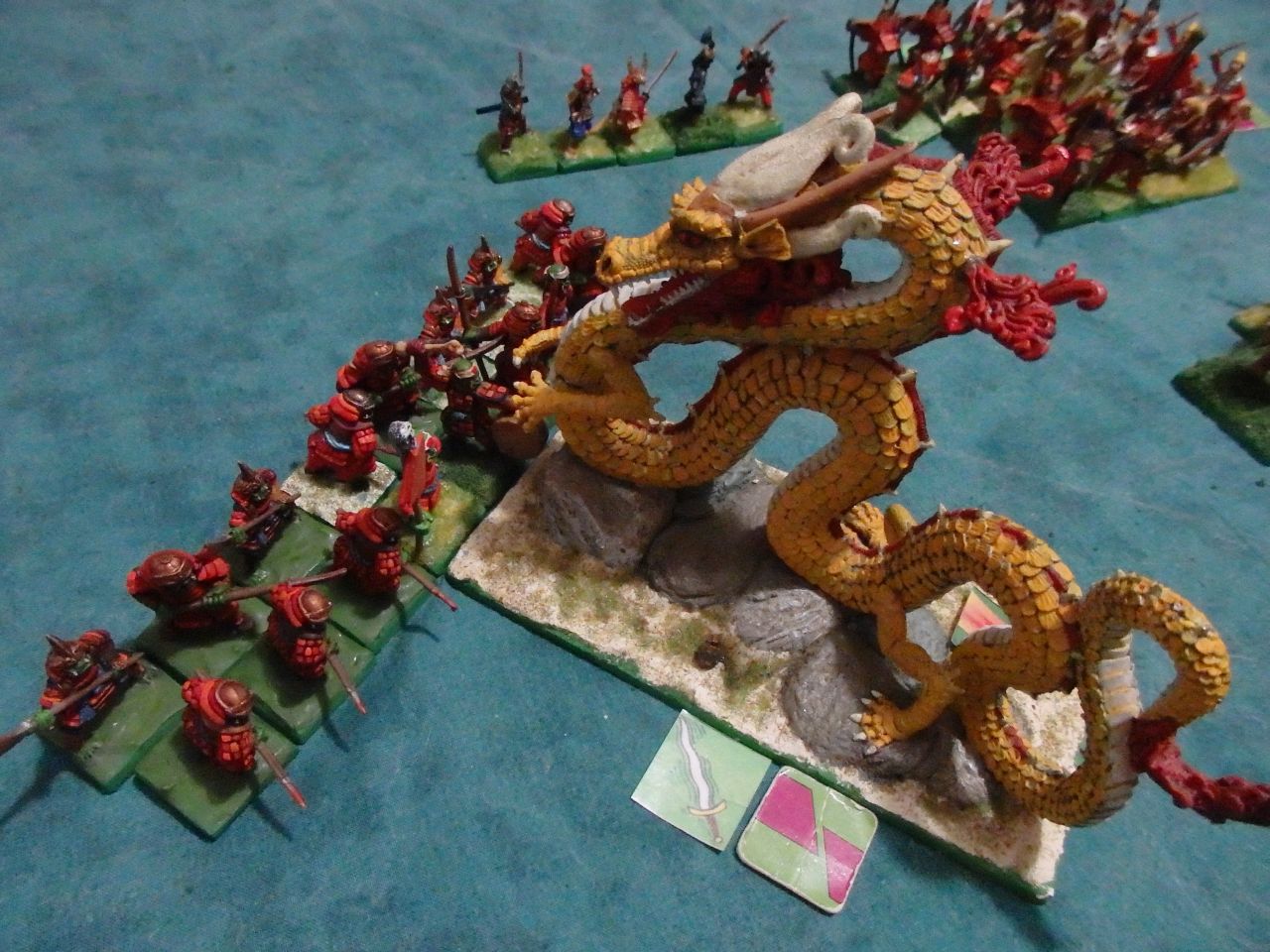 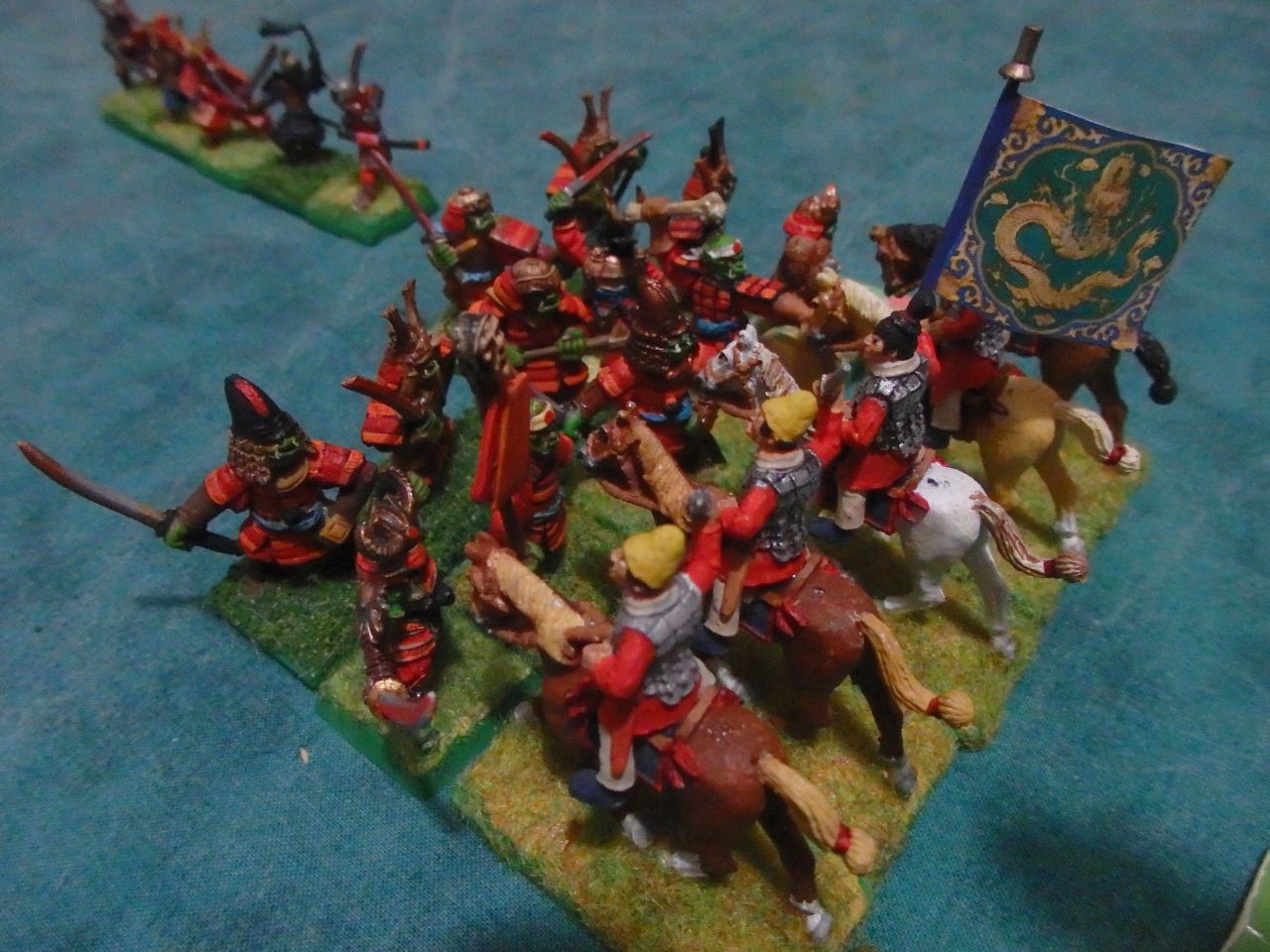 Sorry, this is the url of the page:

Damn you - now I want a mounted unit on big cats like your first picture....

andrewbeasley wrote:Damn you - now I want a mounted unit on big cats like your first picture....

It 'a conversion very simple:
we had put the Chinese Horsemen (Renegade) on the saber-toothed tigers of the Mirliton's Barbarians, former Grenadier, the new version "with the saddle" that Mirliton made on our proposal.
Unfortunately it seems that the miniature of Renegade are no longer available.
If there are other 28mm Chinese Horsemen from another manufacturer, the conversion can be done.
If you place an order for other Mirliton's miniatures too, I think that you may order the single Tigers only, thus saving the cost of the Barbarian Horseman.

The story is this:
Grenadier had only a miniature of the Hero of the Tiger.
At the time, for our Naran version of the Barbarian Army, we did a Unit of Warriors mounted on Tiger using the Hero's tiger and for the Horsemen by performing a conversion using the lower part of the Hero and glueing over the top some other miniatures of Barbarians. Thus it was born the unit of Cimmerians mounted on saber-toothed tigers.
When Mr. Grazzini (Mirliton) took over F.W., we suggested to him to make the conversion to make it "official".
He liked the idea: it is better to sell several pictures to make a unit which sell only one for the Hero - "self-evident"!
But then he merely put two of the old Grenadier Barbarian Horsemen on the tigers.
We we did note that the Knights had their feet stuck in brackets and that on the tigers there were no saddle!
He understood that he had made a mistake and put a remedy by making a new version of the Tigers with the saddle.
remained still the drawback that the musician does not have the chain mail like the others, but never mind, you can not have everything in life! Besides, there is the same problem with the Knights: the horn player is the same.
Naran for us we did two profiles: those with and those without armor breastplate.

Our Cimmerians on tigers: 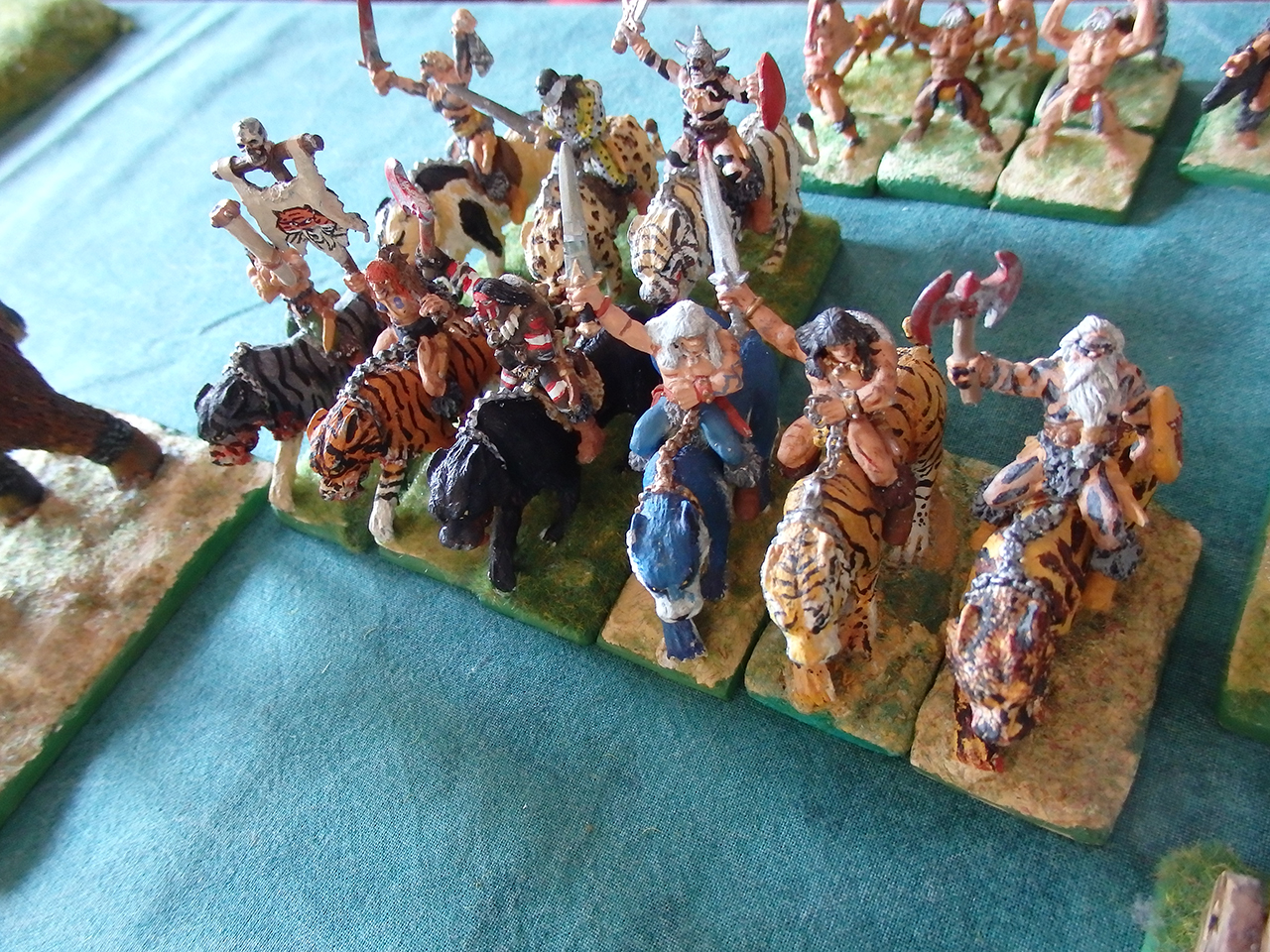 We made the same conversion with the war chariot: 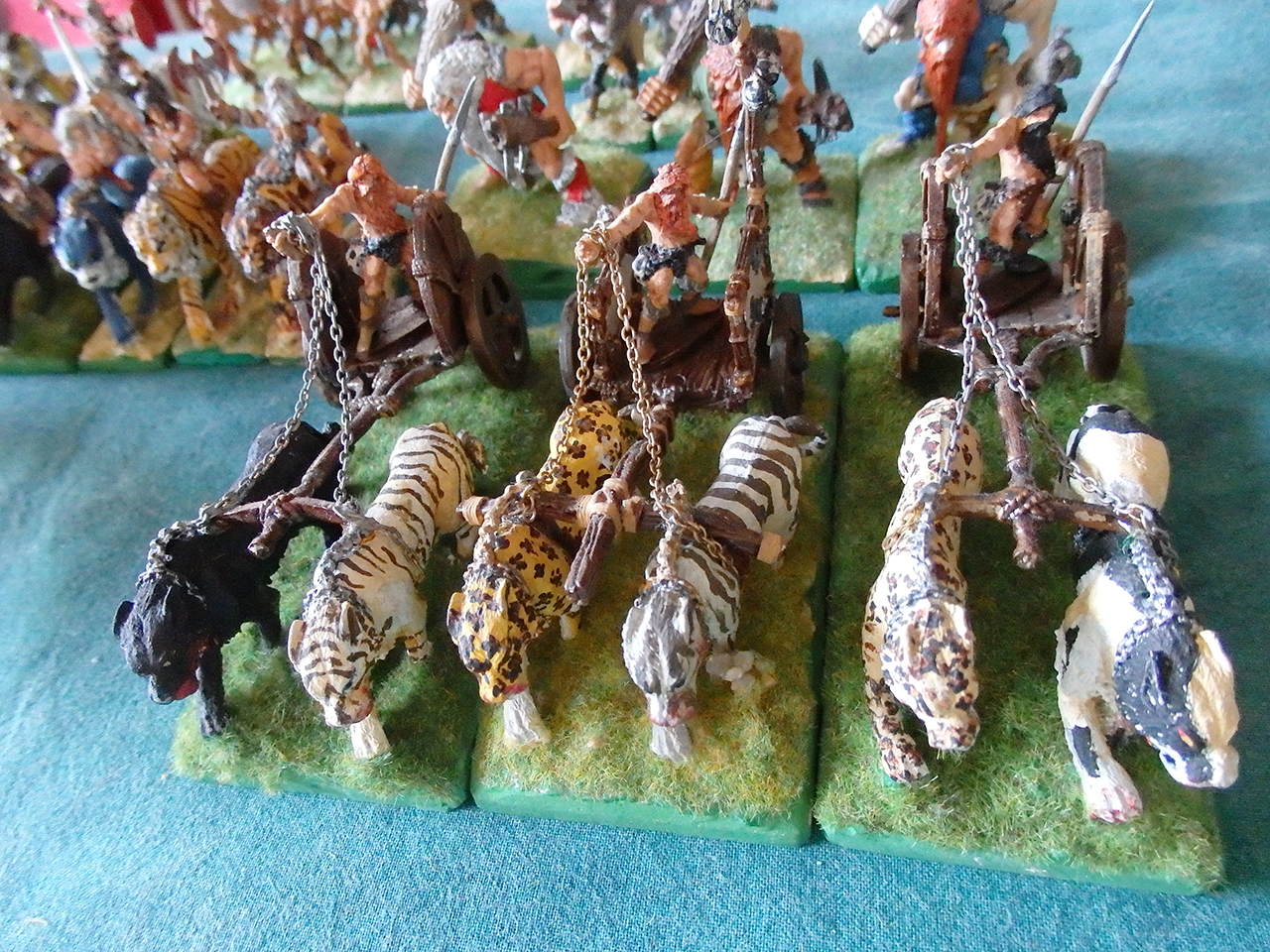