Full AAR at the blog: 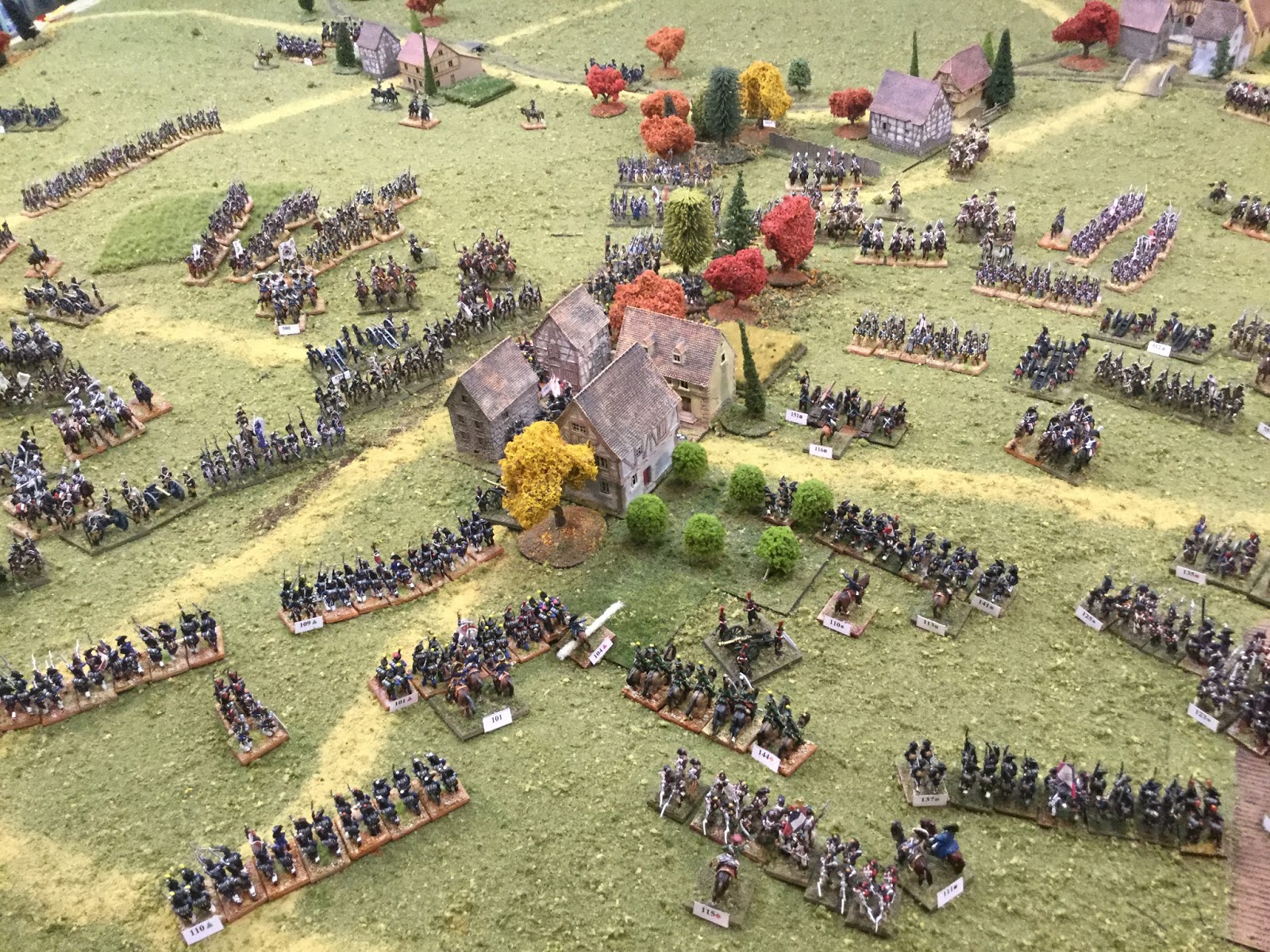 Visually stunning and sounds like a really engaging game.

Auerstadt is one of those battles that everyone yearns to replicate as a wargamer (from Davout's point of view of course!) but I always find impossible to do satisfactorily.

I don't think it's a battlefield rules problem necessarily - there probably are rules out there that would let a corps defeat an army - but how you don't let the Prussians just steamroller the French is difficult.

You have to disguise the scenario, bolt on operational level dislocation and distrust and misunderstanding and then it looks like the thing is too fixed against the Prussians. Which it probably is, but you don't want the Prussian player to feel that.

I admire you for giving it a good go, and the look of it is fantastic.

I love large battles, bet it was fun to game
http://www.victorian-steel.com/

Users browsing this forum: No registered users and 13 guests