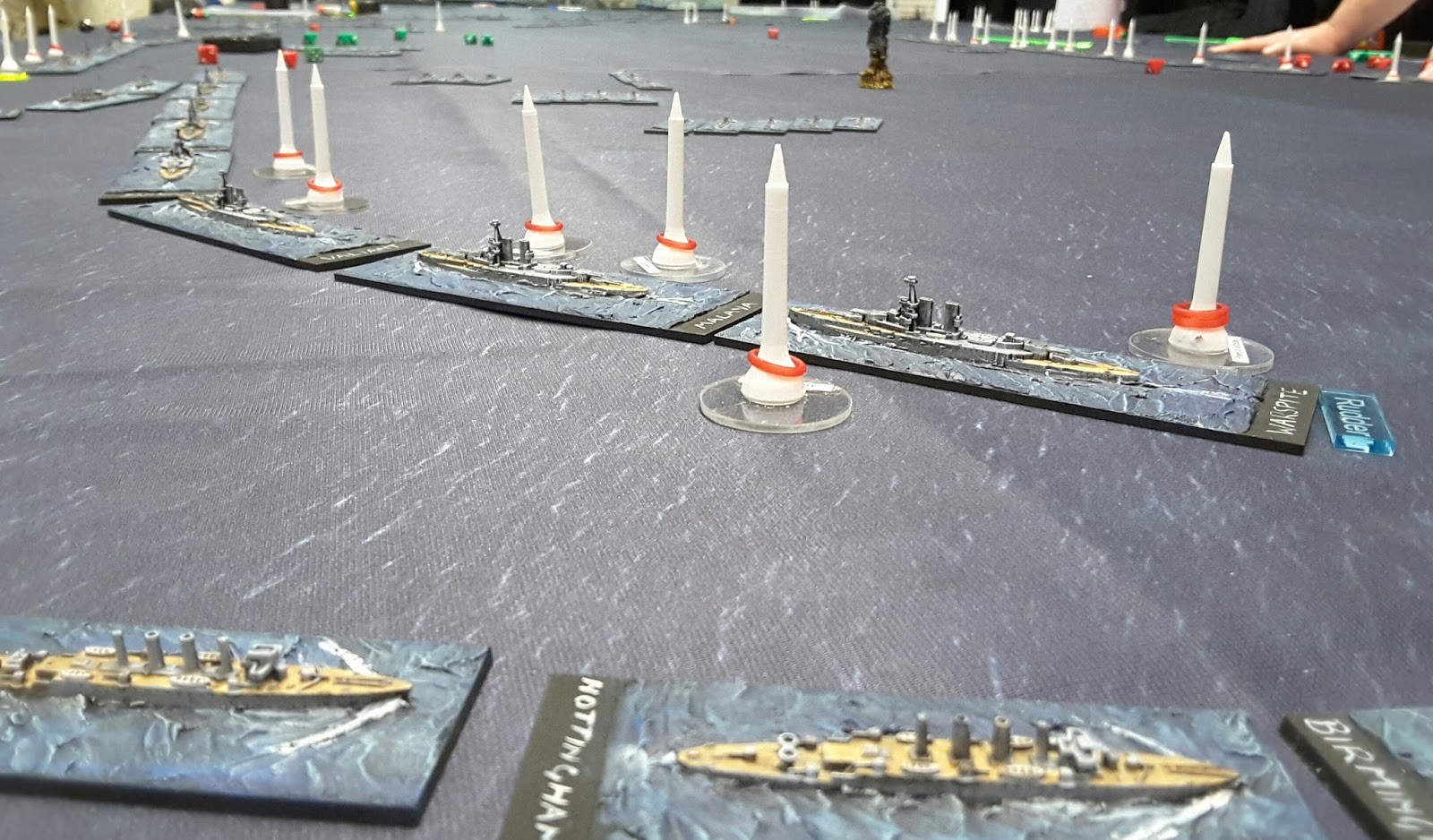 Last month we managed to get a bit of time on the Jutland game clock down at the RAGE Event at The Royal Armouries in Leeds.

We ended up being short of players but still had a good time, it's quite a lengthy post in which I most discuss the difficulties of put the game on and the rules tweaks that were needed. There is lots of pictures though to keep you interested.

Looking forward to its next outing, watch this space.

Re: Project Jutland - Roll the Bones !

Excellent looking game and I enjoyed your write-up. Bravo.
When I die I want the Arsenal players to lower me into my grave so they can let me down one last time.

Users browsing this forum: No registered users and 7 guests