ONS antibody survey suggests 17% of Londoners and 5% of the rest of the country have probably had Covid-19.

That would be c4.4 million people, dropping the infection fatality rate to c0.8%.

Of course we won't know the real rate until everyone has stopped hiding and come out to play again and the virus runs its course.

The much lauded Oxford vaccine failed its animal trials - (or the results were 'disappointing' depending how much positive spin you want to put on them) so think of another option for emerging.

Maybe we just have to accept that for a bit we are going to have to take a hit in extending the age limit. Not as many will be able to expect to live to 100. Life expectancy's been going backwards for the poor in the UK anyway since the 2008 sub prime mortgage bankers fuck up recession. Maybe it's just God's way of telling us we're all in it together after all

What a fucking bellend.

https://www.bbc.co.uk/news/uk-politics-52782913
Stone Mountain's OK with IP theft, so Bill deleted his thread to protect him from looking a cunt.

Difficult one for de Pfeffel.

Dom is the only one who has the faintest idea what the Government is supposed to be doing (however bonkers the plan).

Lose him and drown in waffle.

Keep him and drown in media shit.

Given Dom knows where the bodies are buried, even if he did bury most of them himself, I'd guess they'll pray for something more eye catching to emerge/be prodded in front of the cameras asap.

Bronshtein wrote:Difficult one for de Pfeffel.

Not especially.
Look, I despise Boris and that piece of shit Cummings as much as the next sane person, but he hasn't done anything that big or serious.
For fuck's sake, you're acting like people are under house arrest.
Here's the shocker for you...you are allowed out of your house!
OK, so he had symptoms. But it's not like he was going around breathing over all and sundry.
He got in his car and drove to a different house.
That sounds fair enough to me.
The advice against going out is that - advice. It's not a fucking law.
Stop being so fundamentalist about it.
I can think of umpteen billion reasons to despise Cummings without having to invoke faux outrage and virtue signalling.

That was a jolly good try, bags of effort and I'm sure you'll get credit for enthusiasm, well done!

But I'm not biting.

I confess to feeling a bit sorry for Dom as I thought the Scottish Chief Medical Officer was forced out for no good reason.

But she was, and so was Ferguson, so sauce for the goose and all that.

Just one thing I will bite about on reflection - the 'advice' about not going outside:

It's a fucking awful piece of drafting and has no binding definitions, just a non-exhaustive list of example excuses to use, but it is the law and its enforcement and judgement largely depends on whether the police officer stopping you has had sex recently, is hungover or is a member of the same lodge as you.
It needs to be binned asap, just like Dom.

Well of course. The 'Law' is just another piece of half-arsed legislation cobbled together in order that Boris and his merry men are "seen to be doing something". By now it's obvious that they don't believe in it so why should any fucker else? It's going to be carnage when the second wave hits.

And because I've always thought that Cummings was a slimy little toad.

If you saw this coming down the side of your house you'd assume that he had your laptop in that bin bag. 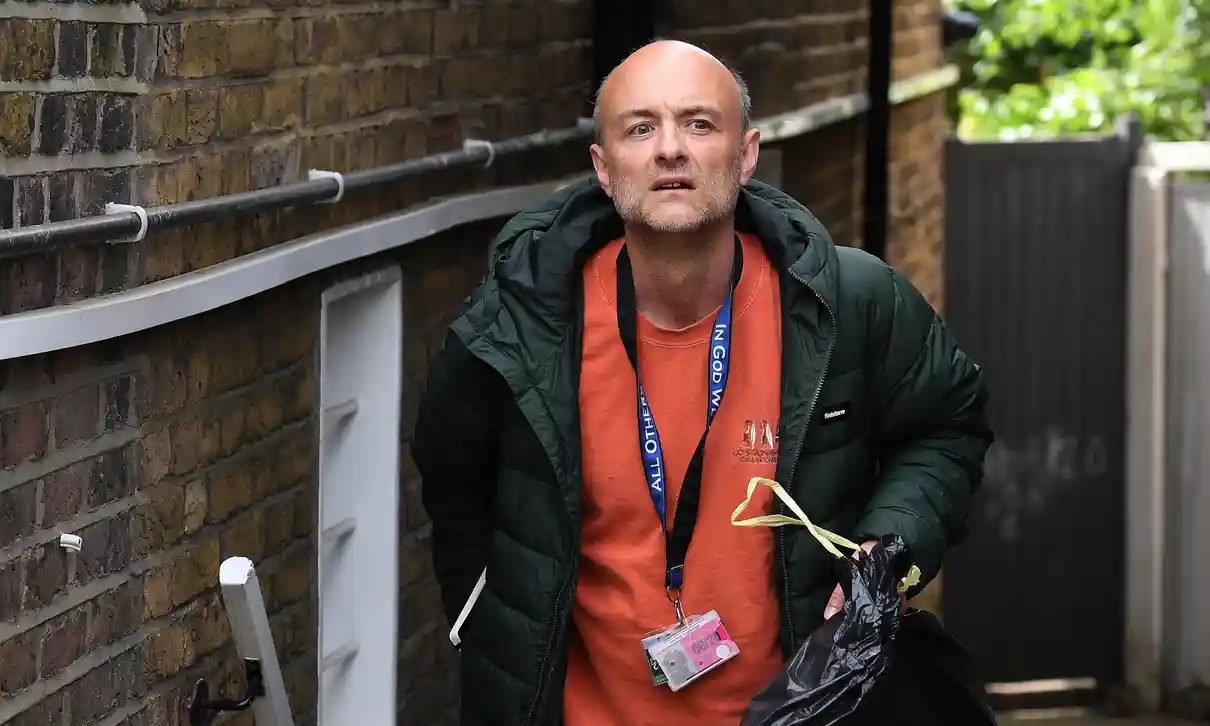 Stone Mountain's OK with IP theft, so Bill deleted his thread to protect him from looking a cunt.

Always wondered who was pulling the strings - they wouldn't have been in my first ten guesses.

Well, he still won't resign, and I don't think Johnson will sack him.

He gets good mileage in that car of his. 260 miles on a full tank.

Well dePfeffel thinks we should all draw a line under it and move on.
So that's all right then.

I think that might be a good idea.
Let's concentrate on the government handling of the crisis.

Late to quarantine.
Managed to move the country from one of the best prepared for a pandemic to one of the worst in six months.
Passed ill thought through, meaningless legislation, to retrospectively cover Government orders to police.
Lied about acquisition of PPE.
Fucked up acquisition of PPE
Fucked up acquisition of testing kits - for both current infection with Coronavirus and antibody testing.
Lied about testing capacity.
Has never hit own target for tests done in a day (includes tests sent out but not returned and non-diagnostic tests by ONS).
Has pissed off public and police in changing guidance on what is allowed and what is not.
Bumbling, incoherent, rambling and childish addresses to the nation by PM.

I think judging the Government on their performance and not the foibles of the man pulling dePfeffel's strings is definitely the way to go.